Our World in Cappadocia

The very first impression we had of Cappadocia was how beautiful it was! I've written a series of posts on this place before but every time I looked back at my photo archives of this exotic sight, I can’t help but being inspired and awed by the memories of fairy chimneys and underground cities. I was only there for one day but I saw so much and took more than 400 photos on that day and walked like this journey never ends. 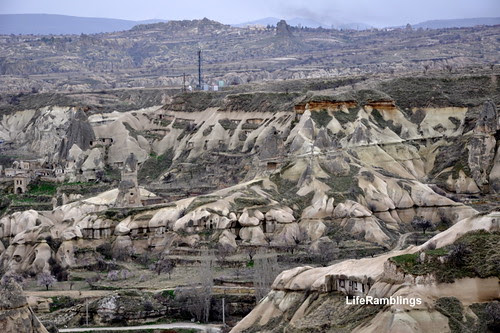 The rock formations were the result of volcanic eruptions of Mount Erciyes, thousands and thousands of years of wind and water molding them into the shape we saw today. It's located in eastern Anatolia and the entire area has a long history ranging from the Hittite Empire to the Ottoman Empire. During the medieval period, Cappadocia was home to Christian refugees, hiding from Romans and then latterly the Muslims who periodically swept through the region. 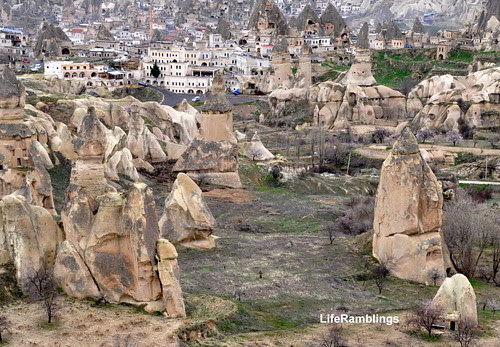 The homes and churches built into the fairy chimneys are unlike anything I've ever seen and it's cool to see the exquisite views of the canyon from various vantage points. 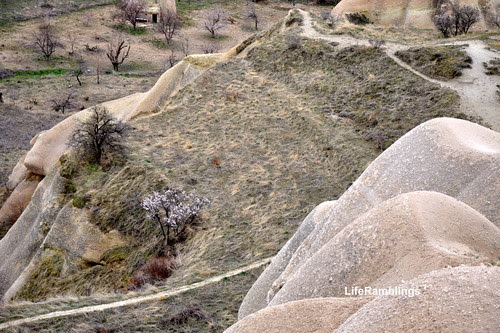 I’ll never forget the wondrous sight of the wave-like hills below, coloured with warm hues of pink, peach and cream in all its glory. 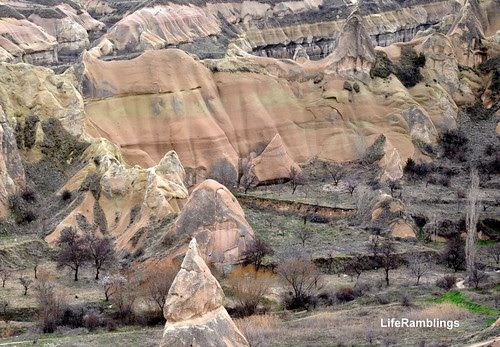 The entire landscape was surreal and it felt like we had just landed on another planet. 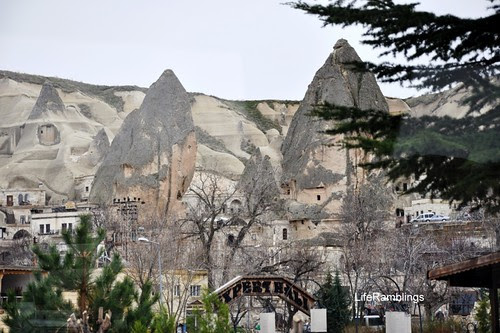 There were also many cave hotels and bed and breakfast that allow visitors the once in a lifetime experience to live in them. I would have love to go on a cave house tour, spending more time around all the exquisite carvings and fairy chimneys. However, being in a day tour did not offer us that kind of luxury. 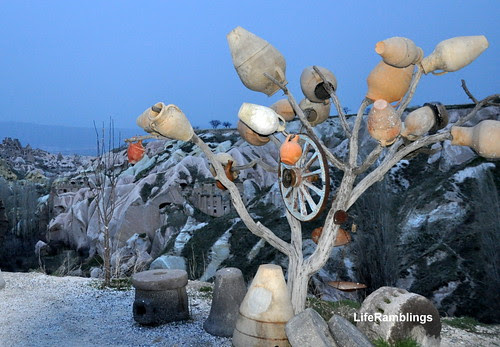 After a day spent of hiking and exploring we made our way out of the canyon and then headed back towards town. Before heading off, I came across this tree full of pots and wagon wheel that caught my eye and I couldn't resist a shot.

It was an absolutely stunning day in Cappadocia and hope to come back to see the areas I did not have time to see if there's an opportunity again.

The first series can be seen here. You can also look at other photos in my Cappadocia set.


Our World
Posted by LifeRamblings at 7:02 PM