Skywatch over Far, Far Away Castle

These were taken after sunset, during the blue hour at Universal Studios Singapore. 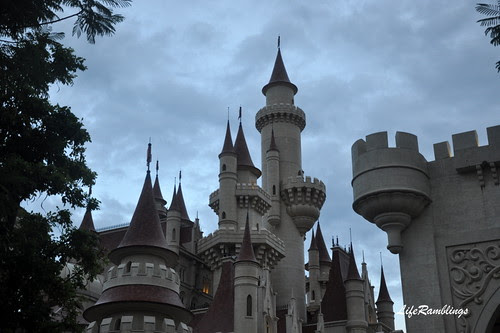 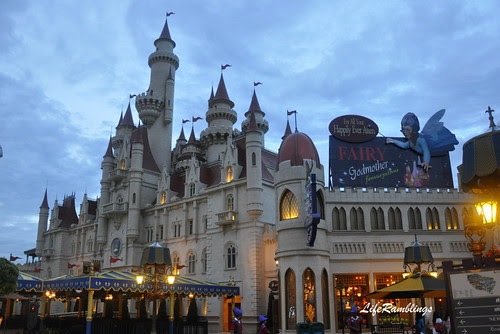 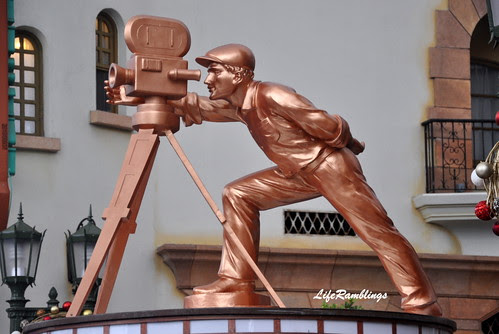 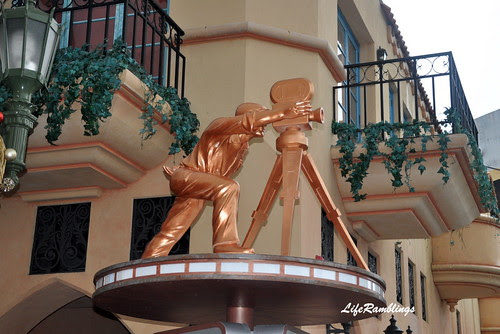 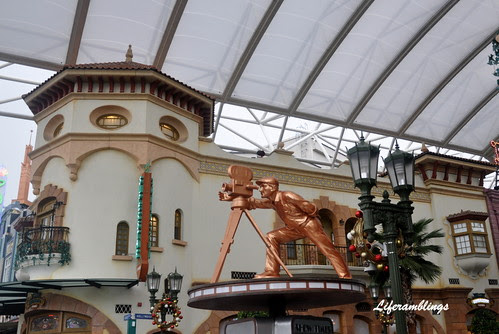 Wordless Wednesday
Posted by LifeRamblings at 7:27 AM 16 comments

One of the beautiful sights I've come across in South Korea is Seopjikoji Hill,  a promontory on the coast famous for its serenity and romance in Jeju island.

Unfortunately, it was rainy and windy when we arrived but that didn't deter us from hiking up the hill. Trying to take good photos while holding my umbrella and battling ferocious winds wasn't easy for me. I ended up getting wet  but I was glad I was able to get some good shots in such circumstances. 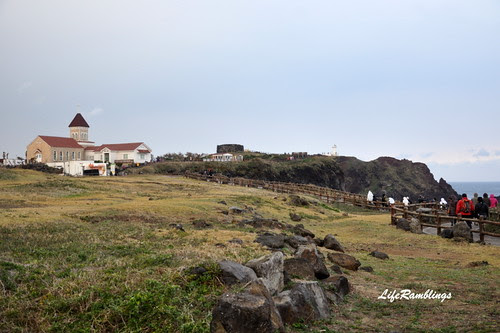 According to my tour guide, the majestic scenery of Seopjikoji has been captured by several Korean films and dramas. There are plenty of great spots and vantage points to enjoy here and I can understand why it's so popular among the locals and tourists. 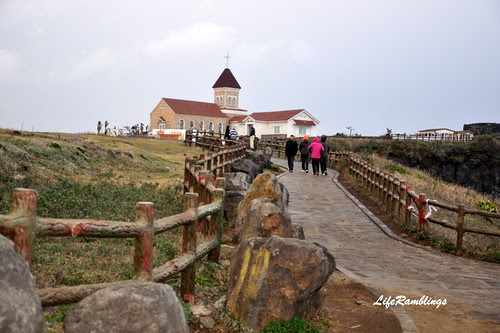 An idyllic walk along the path, one can also see the intriguing house of “All In,” the main location of the Korean mini-series. The drama was filmed here last 2003 and this chapel was said to have been swept away by a typhoon and was reconstructed later on. 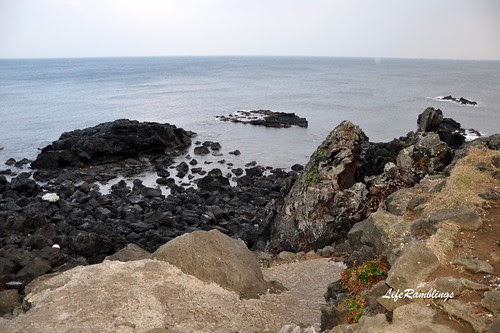 Along the way, I also enjoyed the glorious views of the sea and volcanic rock formations. 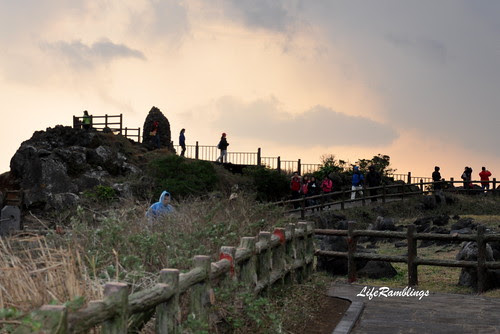 Looking towards the cliff, stands a large rock overlooking the vast expanse of Seopjikoji.  According to the local folklore, the son of the Dragon King of the Sea fell in love with a nymph instantly but sadly his love was not returned.  He was overwhelmed with sorrow and tears and as a result, he was turned into stone. 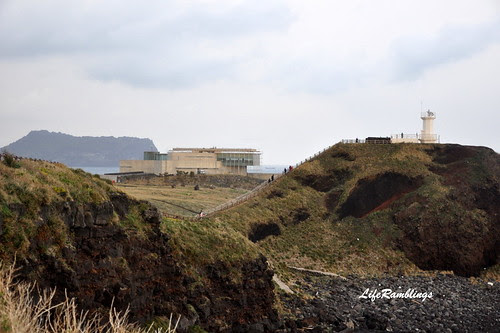 At the end of the pathway is the lighthouse as far as the eyes can see. It gives you a good bird's eye view of the entire area. Unfortunately, I didn't manage to get there as the rain was getting progressively heavier and showing no signs of stopping. 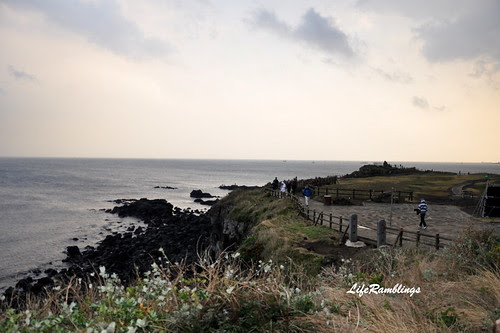 But before leaving the area, we paused over the seashore to enjoy the lovely views for the last time before we made our way back. 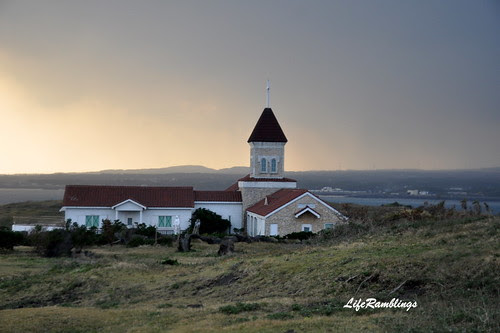 Goodbye Seopjikoji for now. I hope to come back to the areas I did not have chance to see when opportunity arises again.

Our World
Posted by LifeRamblings at 9:23 AM 24 comments

A colourful windmill against the cloudy sky as seen from Penang Hill. 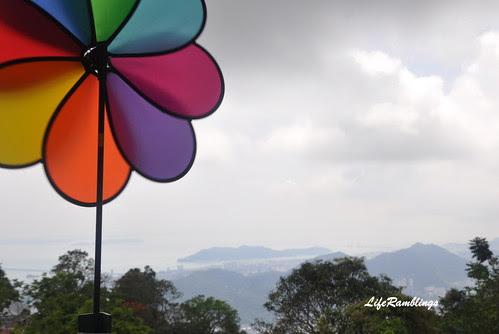 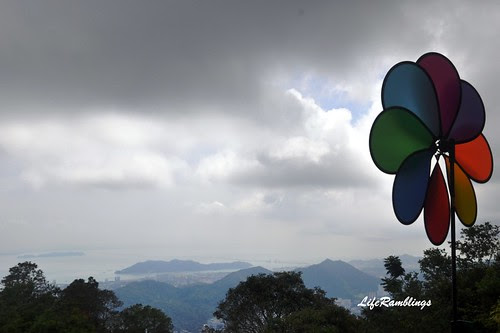 Skywatch Friday
Posted by LifeRamblings at 10:41 AM 22 comments

Skywatch - From the Heart

Valentine's Day is not just about giving or receiving gifts. 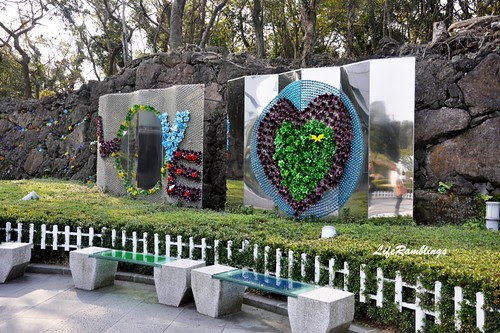 It's about expressing your love and affection 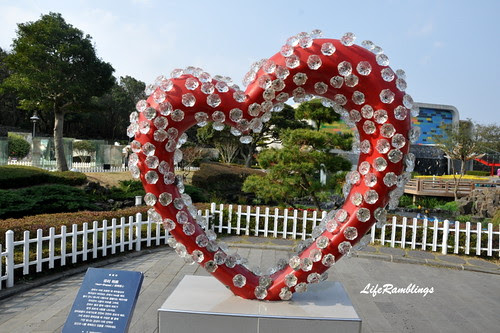 with your whole heart. I hope that the spirit of love and happiness is with you all year round.

We attended the Chinese New Year open house at the Han Chiang High School in George Town this morning. Having heard that the top South Korean pop star PSY is coming to town, we arrived for the event as early as 7 a.m. to be sure that we would be able to secure a good vantage point. 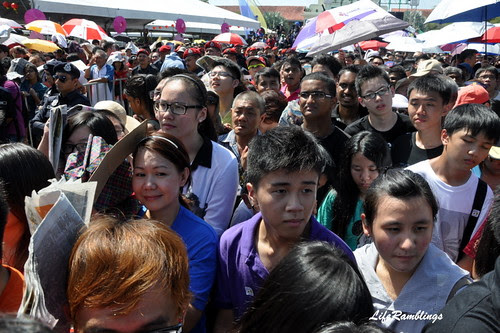 It wasn't too crowded when we first arrived but the crowd size certainly rose after 11 a.m. 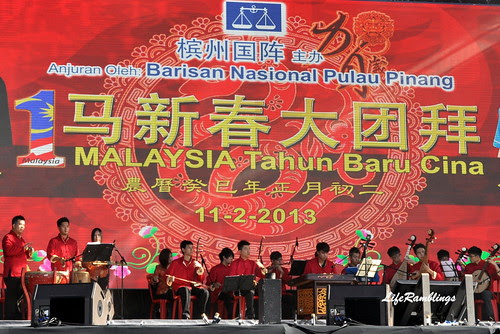 A few hours before PSY and his entourage rocked the stage, the chinese orchestra celebrate the start of the prosperous Year of The Snake with lovely traditional music. 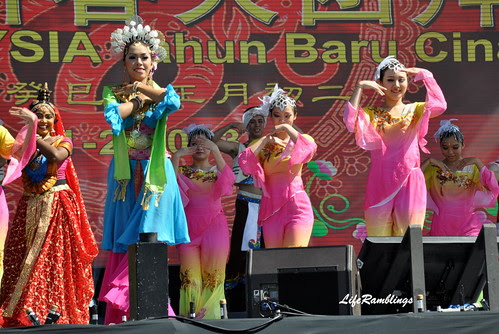 Several cultural dances of various races and a dragon and phoenix performance were also featured. 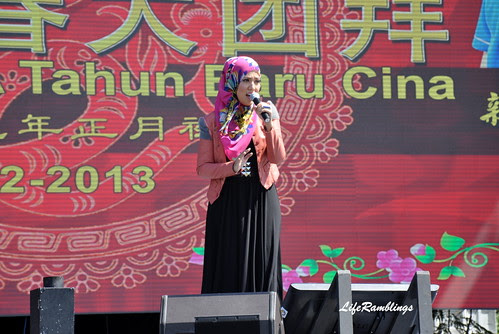 There were also local artists singing their hearts out with enthusiasm 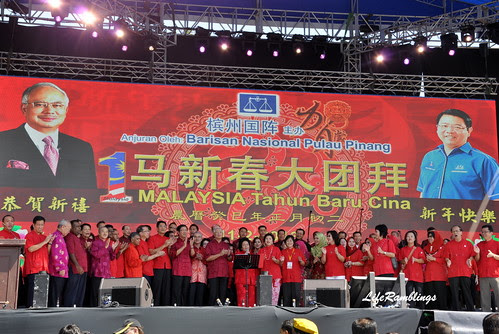 Apart from that, politicians were in great spirits and all clad in hues of red, bringing festive joy to everyone 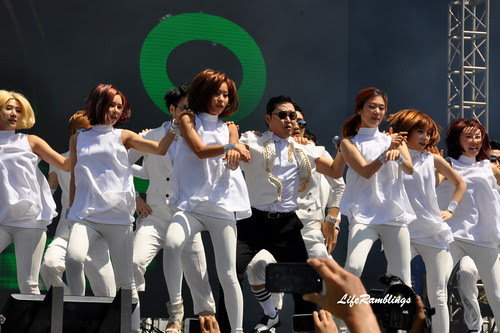 And after waiting with great anticipation, superstar PSY with his entourage finally turned up on stage and were greeted with a rousing welcome from the Penangites and tourists. 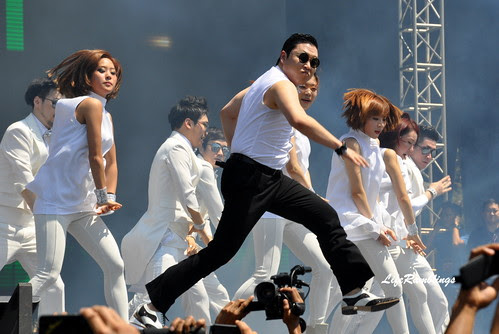 Just like everyone else, we were totally enthralled to say the least, and it didn't matter that the sun was scorching on our backs, because the superstar certainly had our full attention with his world famous 'Gangnam style' moves. Sadly the performance ended too soon but everyone left the venue turned on and satisfied.
Posted by LifeRamblings at 11:43 PM 24 comments

This time of year, most shopping malls and homes are brimming with red lanterns and other red decorative items to welcome the Chinese New Year celebrations. With just a few days left before the festive season kicks in, I thought it would be nice to start off the week sharing some festive photos captured at Queensbay shopping mall in Penang. 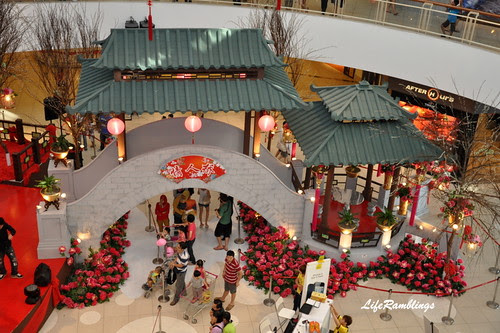 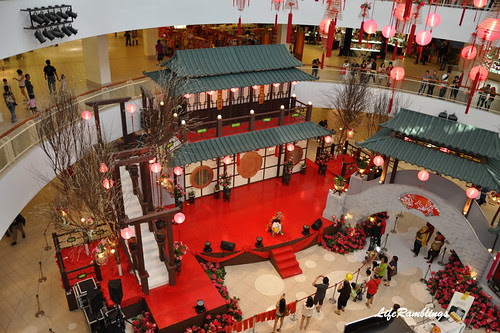 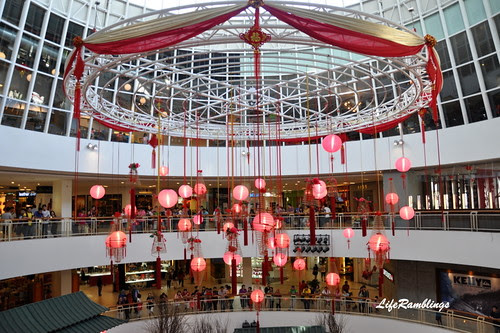 Our World
Posted by LifeRamblings at 11:10 PM 20 comments