Posted by LifeRamblings at 7:53 AM 37 comments

China pavilion was probably the most popular site and one of the most expensive pavilions at the Shanghai Expo. Despite not being able to visit the Expo, I'm glad my hubby went there and shared his experiences and getting up, close and personal glimpse of the fascinating exhibits.

The signature building is also known as the "Oriental Crown." Its design features the shape of a Chinese emperor's crown, with the upper levels larger than the lower ones.

First, getting into the China Pavilion requires a "reservation" ticket and the passes have time slots on them which shows the designated time you could go inside the pavilion. They will hand out some 1000s of these reservations on a first-come, first-serve basis starting at the 9am opening each day. My hubby was able to get there early and was among the first few thousand people to queue up and got the ticket. But jeez, look at the queues. They're overwhelming, especially for someone like me who dislikes crowds but it seems difficult to avoid large crowds in populated areas of China and it's even impossible at the Expo.

Here's a good look of some of the interesting attractions at the China Pavilion.

Footprint of the East is the main part of the display. You will see an eight-minute film featuring China's urbanization process over the past three decades.

A 100-meter projection of a the panoramic painting "Along the River During the Qingming Festival".

Beyond the hallway, you pass through some hi-tech presentations which features interesting graphic

There are also beautiful paintings by young children from all parts of China hanging along the corridors. They look very colourful and appealing.

The following section features a short amusement park ride which took visitors through the urban development of China from ancient to modern showcasing art displays of the building blocks of cities such as bridges, beams, landscaped gardens, etc.

Posted by LifeRamblings at 5:23 PM 34 comments

My neighbour's front yard is full of chinese violets and they are constantly blooming all year round. It's refreshing to come across such delicate herbaceous groundcovers because it has a pleasant fragrance as well as to see. These purple beauties are like my little friends swaying gently in the breeze, nodding at me and waving farewell everyday.

The petals are pale purple but the lower part of the corolla is brighter colour with a network of purple veins and it attracts bees, wasps and butterflies. The wasp was busy collecting nectar when I took this shot. 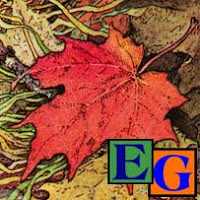 Posted by LifeRamblings at 9:22 PM 40 comments

First Commenter -
And Miles To Go Before We Sleep
Posted by LifeRamblings at 8:57 AM 37 comments

When my hubby was on a working trip to Shanghai last week, he took the opportunity to visit the Shanghai Expo, so I thought I would share some pictures from his trip.

As can be seen in this shot, visitors queuing up for tickets to the Expo. The lengthy queues are not only at the expo park gates but also at the pavilion entrances. Despite the crowds, my hubby managed to make his way into a few pavilions but he had to wait a few hours just to gain a foothold inside some of the more popular pavilions such as Saudi Arabia and China. I don't think I have the tendency to wilt under the unbearable heat for such long hours and I would have been completely exhausted if I tried to join in the queue. It is madness.

Pictured here are some of the exterior shots of the national pavilions.

Even though there are free shuttle bus services available between the Expo zones, you still have to walk on foot to the respective pavilions.

Say hi to Haibao, the mascot of the Expo and he's literally everywhere in the city.

Posted by LifeRamblings at 1:04 PM 39 comments

This week's photohunt theme is six. I thought I would post pictures of the Blue Mosque in Istanbul for this week's theme.

One of the distinctive features of this early 16th century mosque is that it has six minarets, which dominate the skyline of Istanbul. The size of the mosque is massive and all six minarets are only visible from certain angles.

Pictured here is one of the six minarets towering majestically above the Blue Mosque.

Posted by LifeRamblings at 5:10 PM 34 comments