When in Salzburg, it will be hard to miss the Salzburg Cathedral (Salzburger Dom) which seems to dominate the skyline in the old town section of the city. With its imposing Baroque architecture and its amazing structures, I was awestruck by the glorious sight of the cathedral. 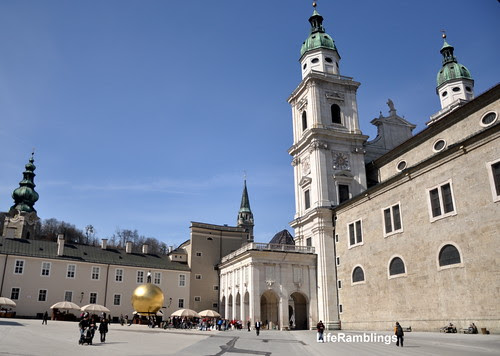 The cathedral was originally built in the year 774, but it has suffered a lot since that time, including a few fires. The cathedral that you can see today was built in the 17th Century (construction started in 1614). However on October 16th, 1944 (during World War II), the US Air Force dropped a bomb on the cathedral, collapsing the dome. It was then restored in 1959 in Baroque style. 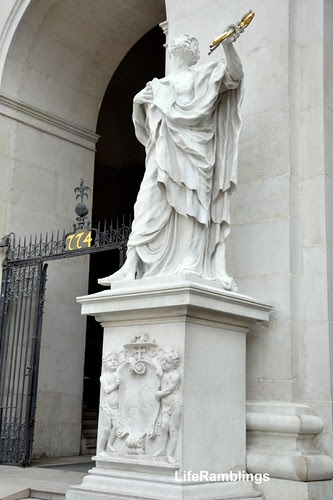 Standing guard at the entrance of the dom is the statue of St Peter who was seen holding two huge keys. One key is gold and the other silver, representing heaven and hell respectively. 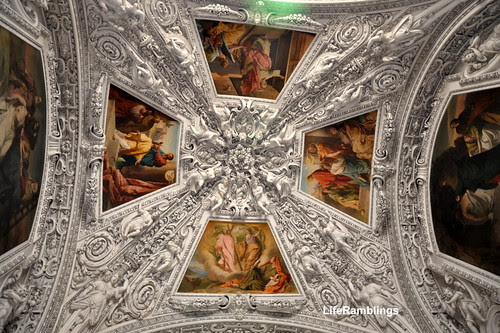 As we walked inside, I knew we were in for a special treat. I'm a big fan of cathedral architecture and the entire interior of this sacred space was literally breathtaking. 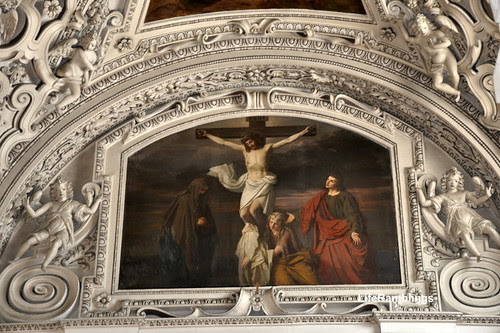 The ceiling frescoes depict scenes from the crucifixion, resurrection, judgment, and the Old Testament bible stories. 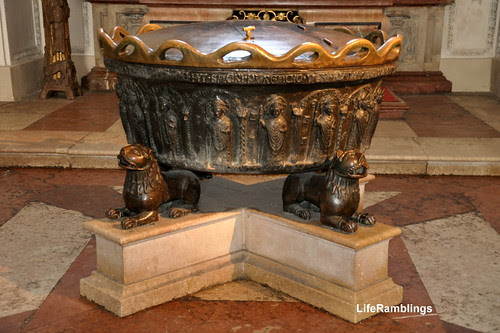 Near the entrance, it also houses a medieval font in which Wolfgang Amadeus Mozart was baptized. 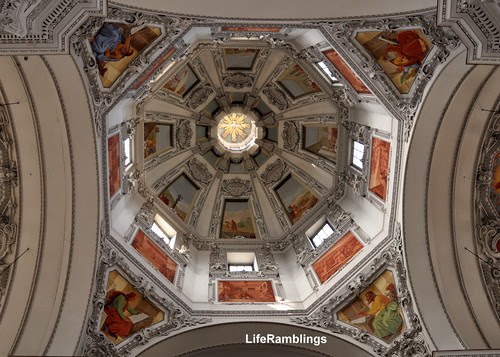 Unlike other European cathedrals I've seen, this cathedral has octagonal shape domes. The central of the dome is a sculpted dove representing the Holy Spirit. 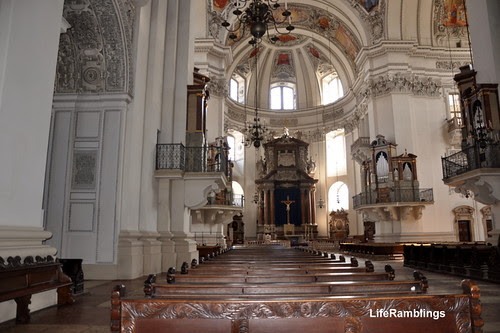 There were very few people when I visited, so I took a moment to stop, pray and sit on the pew looking at all the intricate details and thinking of the thoughts, talent and time it took to build this awesome cathedral. We walked up and down the aisles, paying attention to the details of this exquisite place. You could almost feel the grandeur of Salzburg's glorious history in every corner of the dom. 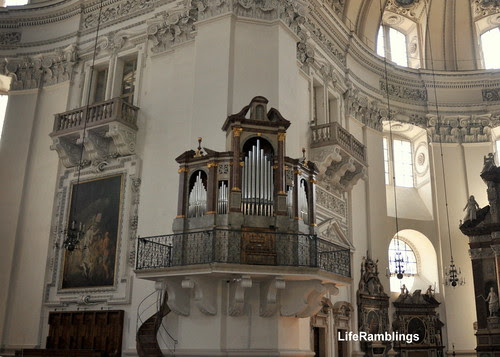 Equally impressive is the world renowned 4000 organ pipes which adds greatly to the exceptional decor. I think there are other four massive organs in the dom and I learned that Wolfgang Mozart was an organist here from 1779 to 1781. If only we could have heard those organ pipes sing some rhymes, I'm sure that would have been awesome.

If you ever consider paying a visit here, please do. I don't think anyone will be disappointed by a quick stop here. The outside is spectacular and the inside awe inspiring. It is well worth the visit. On the plus side there is no entry charge but donations are most welcome. We donated a few euros which got us a postcard of the cathedral. :)

Our World
Posted by LifeRamblings at 10:40 PM