The Schonbrunn Palace was one of the many impressive buildings that we visited in Vienna. It served as the summer residence of the Hapsburgs monarchs for some generations since the reign of Empress Maria Theresa.

We didn’t have enough time to go inside the palace but we managed to spend some time strolling around the extensive gardens and grounds.

The palace's vast complex include the Gloriette, Palmenhaus, Dessert house, mazes, Roman ruins, English and French gardens, countless sculptures, an orangery and the Schonbrunn Zoo, the oldest zoo in the world. 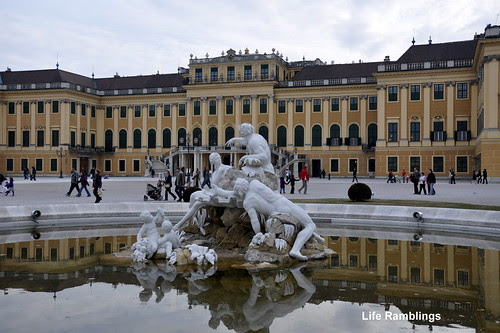 This is where the amazing Empress Maria Theresa lived with her 16 children and her husband Emperor Francis 1. After the downfall of the Hapsburgs dynasty in 1918, the newly founded Austrian Republic became the owner of Schonbrunn Palace and preserved the beautiful rooms and chambers as a museum for the visitors. 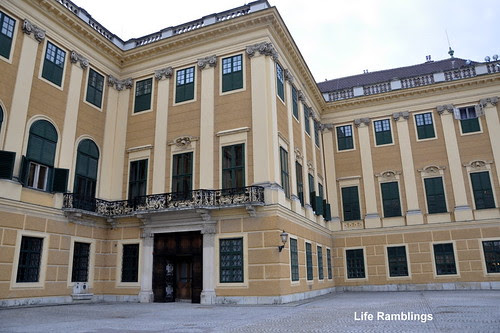 I was told that the palace was painted yellow because it was the Empress's favourite colour. There are 1,441 rooms, mostly rented-out for conferences or concerts but only 40 rooms are open to the public 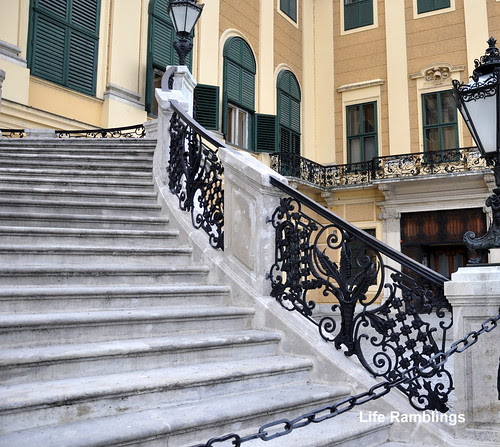 I love the ornate railings lining the stairways 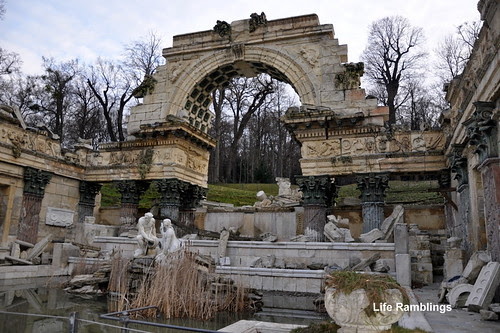 These grounds are accessorized with Roman ruins and statues of several Greek and Roman gods. 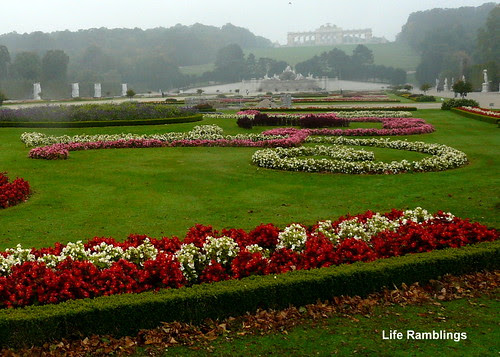 The view of Great Parterre on to the Gloriette. The Gloriette, at the far end of the palace sits above a hilltop overlooking the garden, palace and the grounds. The garden was perfectly symmetric and a joy to look at. I wish I could’ve gone up close to it but when I approached the gardens, it started to get pretty chilly, making it difficult to really walk around.

Ruby Tuesday
Posted by LifeRamblings at 8:00 AM