My World - A Cruise on the Bosphorus in Istanbul

One of the highlights of our trip to Istanbul was a day spent cruising the Bosphorus. This was my second time on this cruise and I was extremely excited to embark on this unforgettable journey again. When we look at the cityscape, with not many changes, it definitely brings back fond memories for us.

We took a ferry from Eminonu quay near the Galata Bridge and cruise along the Bosphorus for a 90 minute ride. The cruise was a wonderful way to see the city along the shores and the fact that the beautiful strait that divides Europe from Asia makes it particularly unique.

There are so many mosques, old palaces, quaint buildings, fortresses, and castles here with a real sense of history and our cameras just couldn't stop clicking. Here are some pictures to give you an idea of what you can expect from this cruise. 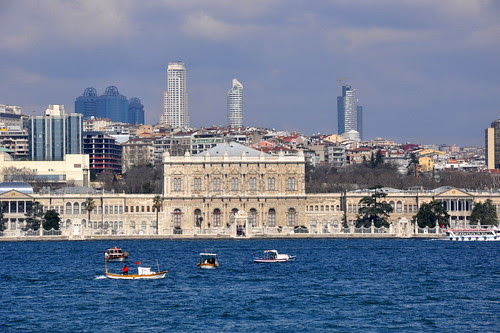 Dolmabahce Palace as seen from the ferry, located on the European side of the shore served as the main administrative center of the Ottoman Empire. It's also fascinating to watch the locals like these fishermen going about their daily lives. 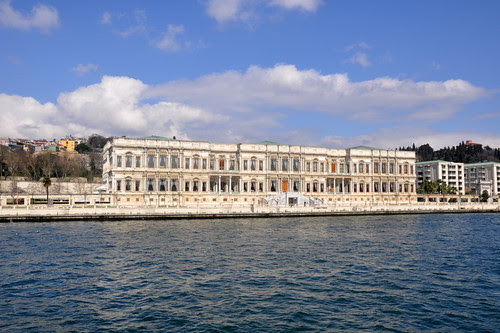 Ciragan Palace, (1850) a former Ottoman Palace is located on the European shore of the Bosphorus. It is now a five-star hotel 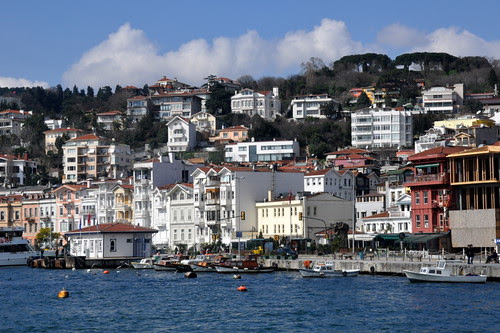 As fascinating as the major sites are the quaint houses and buildings that line the shores of the Bosphorus. 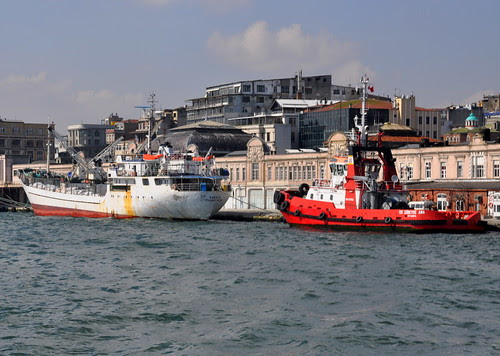 Along the way, we saw many ships and oil tankers dotting its shores, as well as local fishing and ferries crossing across the Bosphorus straits. 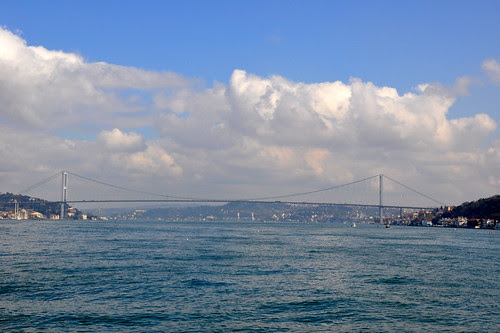 There are two suspension bridges on the Bosphorus connecting Europe to Asia and this is one of them seen from a distance. 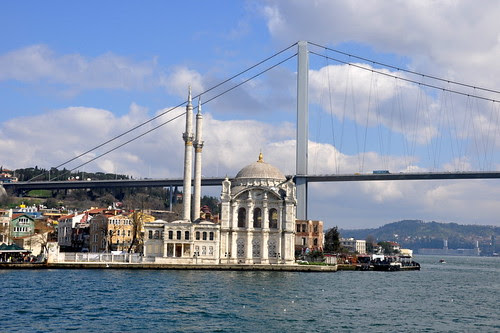 After passing through numerous buildings, we finally saw the bridge in Ortakoy linking Europe to Asia. It is the first of two bridges over the Bosphorus. 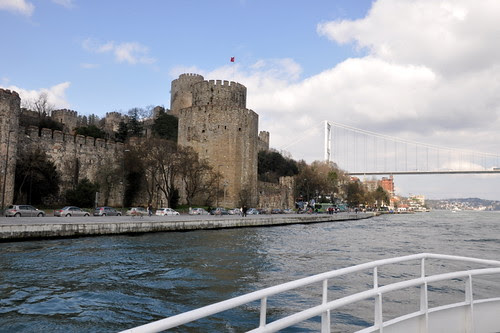 This is the second bridge at the narrowest point on the Bosphorus. Next to the bridge across the straits is the fortress Rumeli Hisari which is now a museum. The ruins within the castle is pretty extensive. 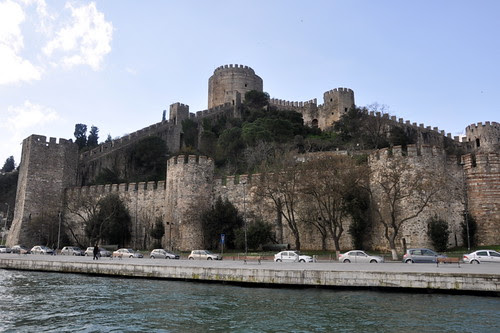 A closer view of the Rumeli Castle. This imposing fortress, also known as the "Fortress of Europe" was built in 1452 in preparation of the Ottoman conquest of Constantinople. With the help of 3,000 thousands of masons and workers, the fortress was completed within an incredibly short four months. 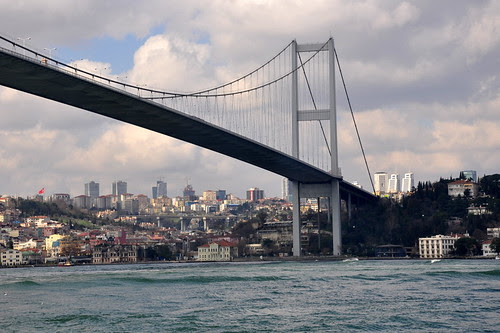 As the ferry zigzags its way up to the Black Sea, we finally crossed the Asian shore. The Asian part of Istanbul is much more residential. I was told that most residents commute to the urban European side for work and commute home to Asian side. 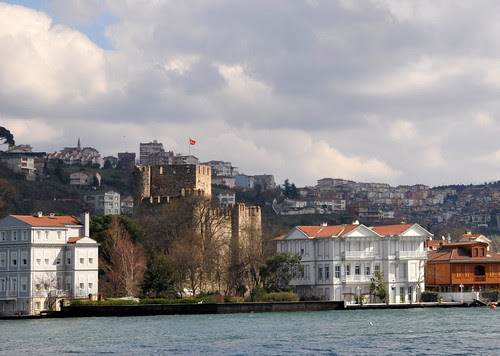 Here we are, standing on the Asian territory looking at Fortress of Asia which is located opposite the Fortress of Europe. 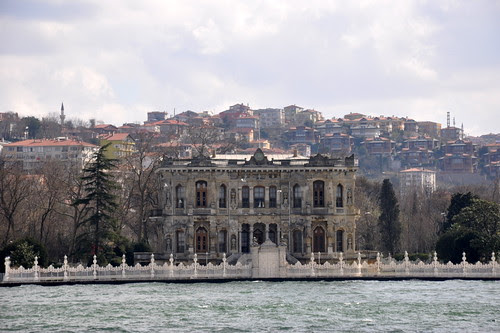 Overall, this was probably my favorite activity in Istanbul. I really enjoyed this experience. This was a fabulous day out and worth the trip if you are staying in Istanbul for several days.

That's My World
Posted by LifeRamblings at 11:45 AM