My World - House of the Virgin Mary, Ephesus

A day trip to the Virgin Mary’s house was an unintended visit, but glad we decided to go at the last minute. The House is a short distance away from the ruins of Ephesus in Turkey. On the way up to the Bulbus mountain is steep and winding but leads through the dense forest with the lush greenery everywhere.

This place is considered to be the last home of the Blessed Virgin Mary, the mother of Jesus Christ. It is widely believed that she may have come in the area together with Saint John, who spent several years in Ephesus to spread Christianity.

I found it fascinating that the house of Virgin Mary is also a sacred site for Muslims who recognised Mary as the mother of the Prophet Jesus and believe in the virgin birth. The house became a Catholic shrine in 1896. 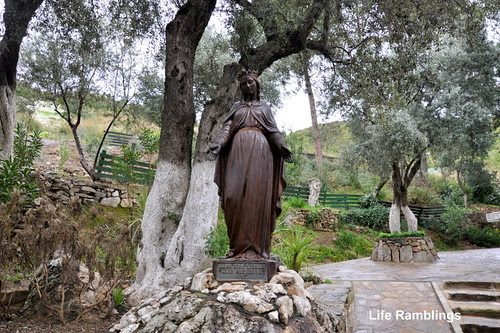 As you follow the cobbled path up to the house, you'll be greeted by the Statue of St Mary 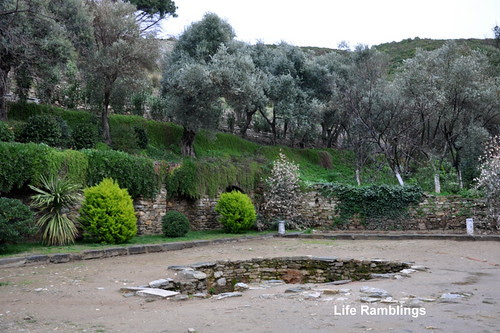 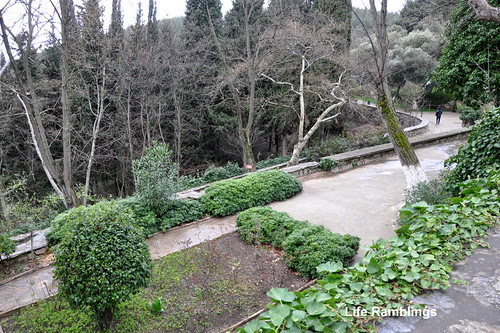 a lovely path in front of her house 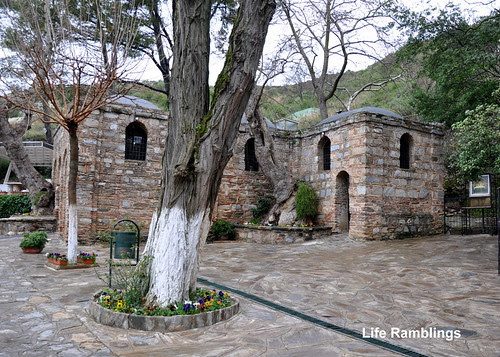 Virgin Mary's humble House. The house has since been restored and has become a pilgrimage site. 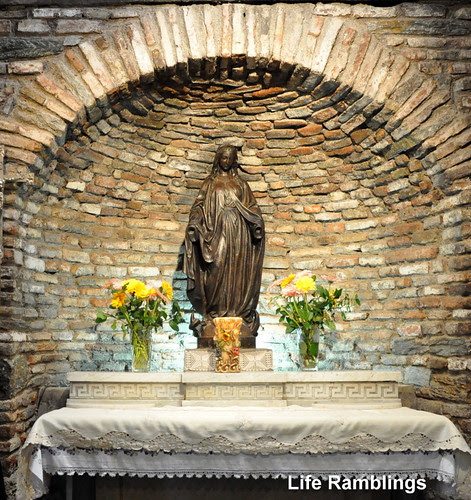 Interior of the House of the Virgin. 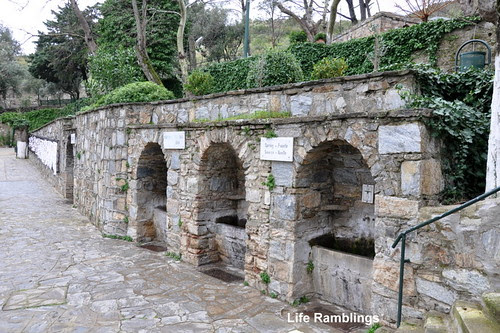 It is claimed that St Mary lived her last days drinking the healing water of this fountain. Today it is still regarded as holy water and many claims that the spring water is believed to have healing properties. 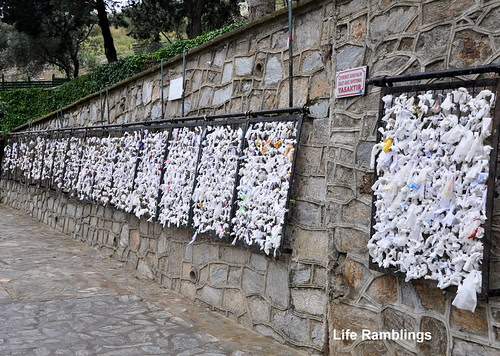 When I came upon this site, I was amazed by the wall of prayers, comprised of thousands of wishes written on pieces of cloth, each prayer note left there by a visitor. It is hard not to be moved by a site that many take devotion to Virgin Mary quite seriously.


A beautiful place to visit that reflects serenity and peace and pleases the eye with the wonderful greenery surrounding it.

Posted by LifeRamblings at 9:40 AM