My World - The Ancient Ruins of Ephesus

We made our way to the archaeological site of Ephesus after our visit to the House of Virgin Mary. Ephesus is an ancient city originally built by the Greeks and expanded periodically and inhabited by the Romans. Now, it's a site of astounding ruins and reveals a lot about the rich historical past. Almost everywhere in Ephesus you see the remains of ancient buildings damaged by earthquakes and invasions in the past hundreds of years.

Getting around Ephesus is quite straight forward because all you need to do is follow a large pathway that cuts right through the middle of the street. There are ruins to explore that line on both sides of Curete Street as you walk along the way.

We spend a few hours strolling around the ruins, peering through the cracks in the doorways and climbing ancient steps. I was also surprised to learn that excavations are still underway, almost 50 per cent remained buried under layers of earth. 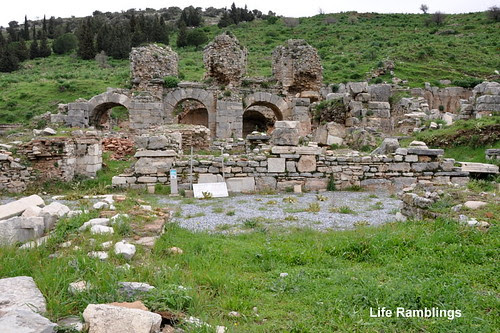 Before one entered a Roman city, they were required to bathe. This Roman bath consists of three sections. One is for frigidarium (cold water), while the other two are tepidarium (warm water) and caldarium (hot water). 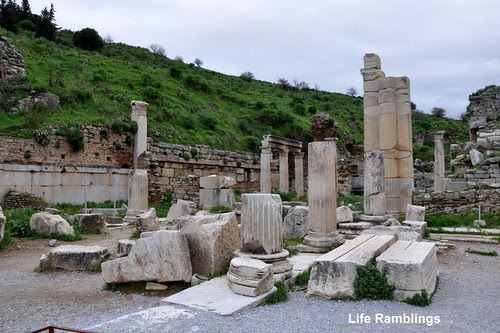 Remains of reliefs and structures in Upper Agora 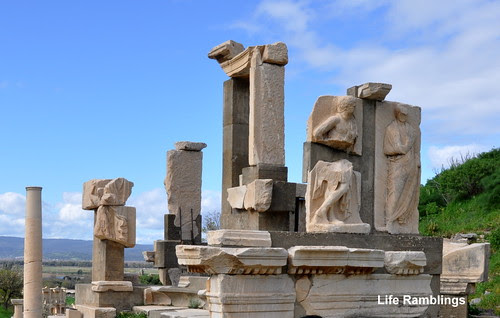 The Memmius Monument. It is located in Curete Street amongst many other great monuments. 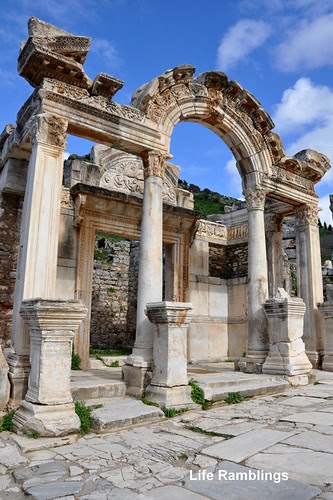 Beautiful ruins of the Temple of Hadrian. 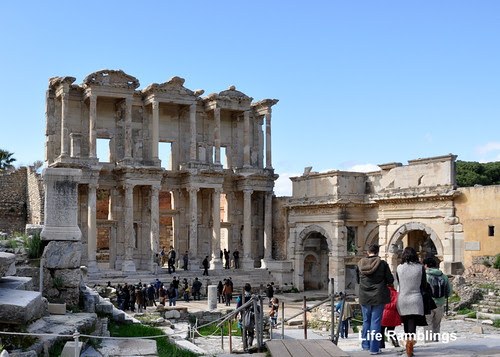 Looking downhill at the end of the road, you can notice the Library of Celsus, a two story facade that is the most amazing structure within Ephesus and standing on the right side of the library is Gate of Augustus. The remarkable library once held 12,000 scrolls in its walls for almost two thousand years ago. 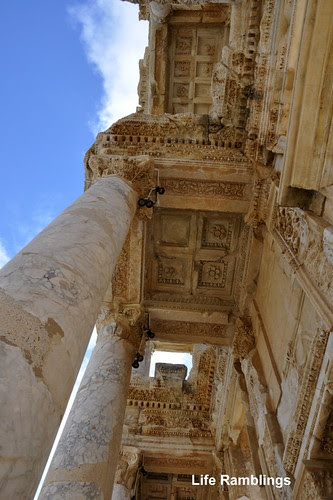 A closer view of the intricate carvings of the library. Absolutely incredible if you imagine how long these have been standing here and for us to view today 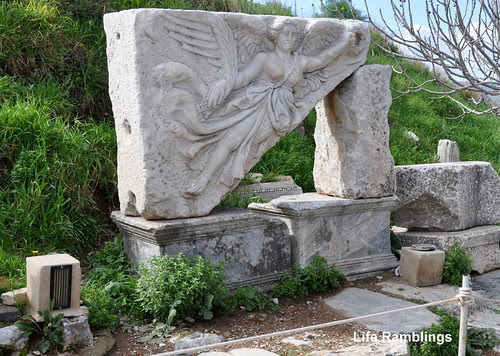 In addition to the impressive library, we spotted a famous stone carving of the ancient Greek goddess of victory, Nike. Have you ever wondered where the name Nike came from? I was told that the shoes that athletes wear have a connection to the Greek mythology. The famous Nike "swoosh" logo, created by Carolyn Davidson in 1971, is an abstract representation of the goddess' wings. 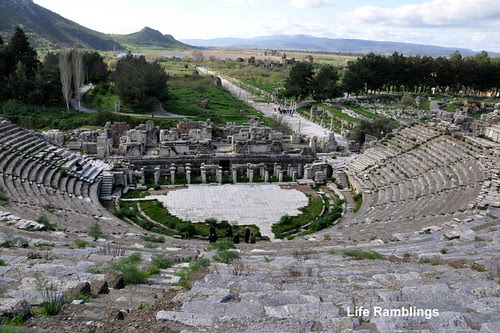 And this is the Grand theater, capable of seating up to 25,000 people. Even now, the size of this arena is magnificent and it offers bird’s eye view of the ancient city of Ephesus. Big names such as U2, Elton John, Ray Charles, Sting, Bryan Adams and many more have have held concerts here. This theater is still used today for more modern concerts during summer. After a long day of walking, it was nice to actually have a place to sit down! 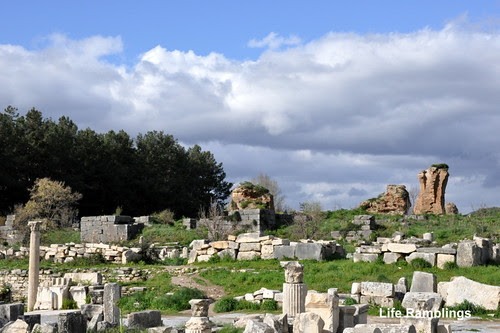 Here you can see the most important trade center of Ephesus. The commercial agora was constructed in the hellenistic period, but rebuilt several times by the Romans.

Ephesus was so much more fabulous than we anticipated. Having also visited the Acropolis of Athens somehow I was even more amazed by Ephesus. The further downhill we went, the more remarkable and incredible the surroundings were. It must have been a truly magnificent, huge city during ancient times.

Posted by LifeRamblings at 4:27 PM