This week's photohunt theme is six. I thought I would post pictures of the Blue Mosque in Istanbul for this week's theme. 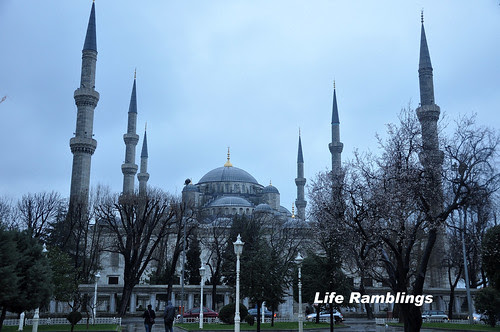 One of the distinctive features of this early 16th century mosque is that it has six minarets, which dominate the skyline of Istanbul. The size of the mosque is massive and all six minarets are only visible from certain angles. 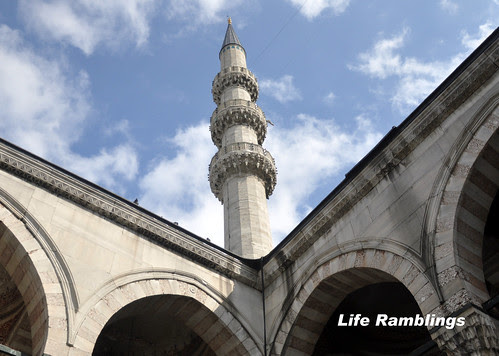 Pictured here is one of the six minarets towering majestically above the Blue Mosque.

Posted by LifeRamblings at 5:10 PM