This is a volcanic island of Nea Kameni at Santorini and it was my first ever visit of a volcanic tour. I've written a post about this place previously but I've more photos to share. 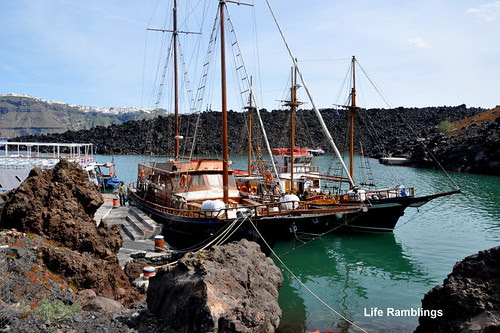 These are our tour boats moored at the harbour with the black lava surrounding the lagoon. 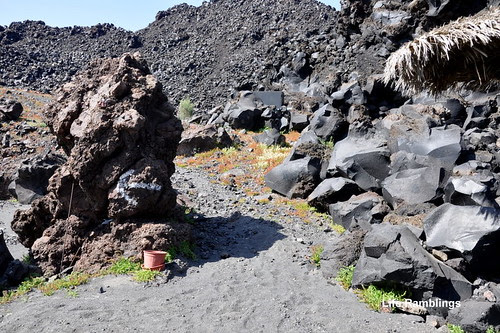 On the way up to the craters created in 1928, sparse vegetation can be seen within the black stony terrain. 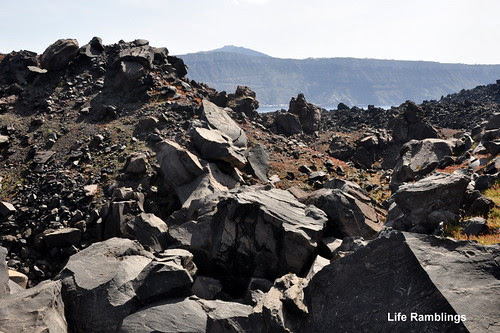 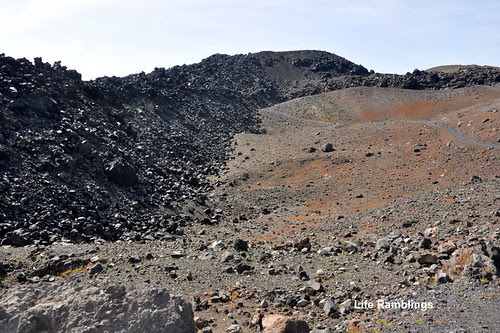 As we moved upward, we stopped at various points of the trek to take photos and from here you can see the different colours of volcanic eruptions but mostly black lava stones which formed the island. 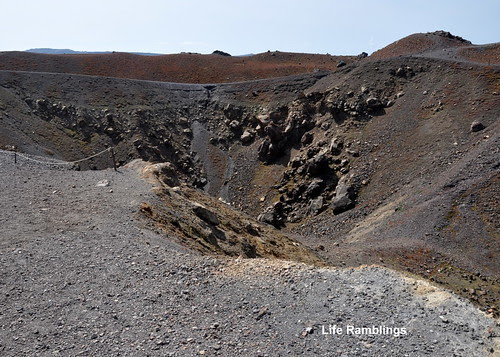 A black patch of lava had filled across the crater formed during the last eruption in the 50's. 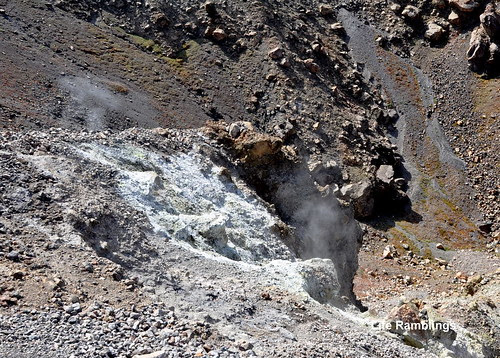 The wall of the crater shows the steaming sulfur vents which reminds us that the volcano is still very much active. The higher we climbed the hotter it got and then we started feeling the intense heat beneath our feet and the energy from the crater. The really scary thing about this is that we don't know when the volcano will erupt again.


PhotoHunt
Posted by LifeRamblings at 12:40 PM