One of the most remarkable sights in Moscow is of course, none other than Red Square. The word 'red' doesn't refer to the red walls of Kremlin or anything related to Communism but from the Russian word for "red", which literally means "beautiful". True to its name, it's one of the most beautiful squares in Europe I've ever seen.

We spent the last few days of our trip wandering around its corners and with its dazzling array of iconic buildings and the colourful domes of St Basil's Cathedral, they are definitely a sight to behold. It is far more impressive than any great Italian piazzas I've visited.

It was bitterly cold and snowy start to spring on the first day we arrived but we were pleasantly surprised by the radiant sunshine and gorgeous blue skies that greeted us on the next day. 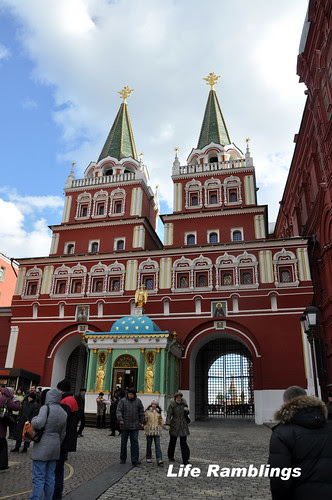 Resurrection Gate is a beautiful entrance that leads you into Red Square. It was demolished in 1931 during the height of Communism to make room for massive parades and later rebuilt in 1994-6. 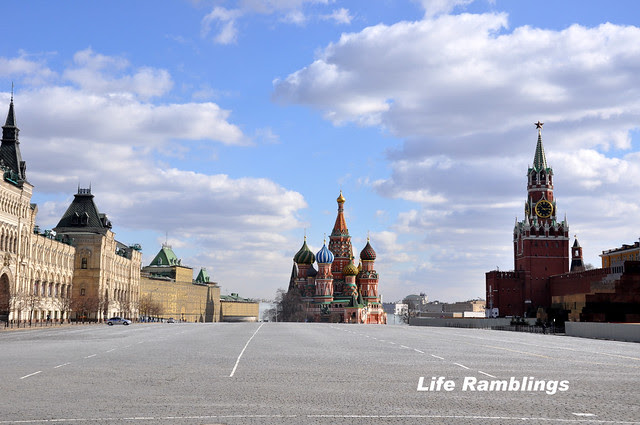 The world famous, iconic, St Basil’s cathedral stands in the center, the tower on the right is Spasskaya Tower of Kremlin and further to the left is GUM, a large department store which dominates the eastern side of the square. As can be seen, part of the square was empty in preparation for a military parade. 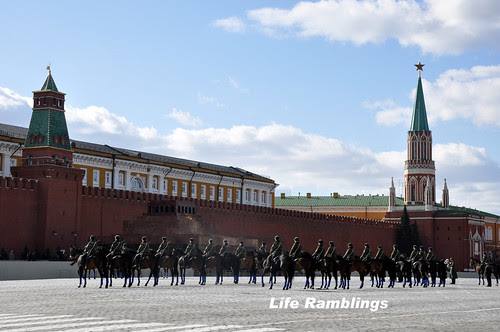 We were fortunate enough to witness the impressive military parade, with Lenin's Tomb and The Nikolskaya Tower in the background. It is not often you get a chance to see such an event in the flesh so it's fascinating to be right there in person. 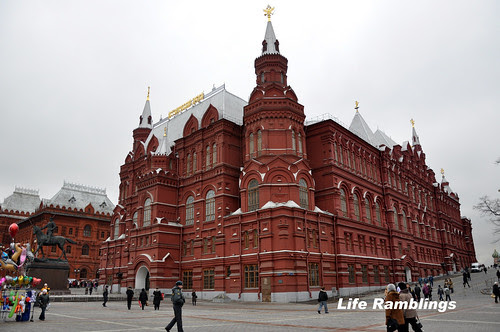 At the north end of the square is the State Historical Museum, the largest historic museum of Russia. The museum boasts an impressive collection of archeological findings and priceless artworks. 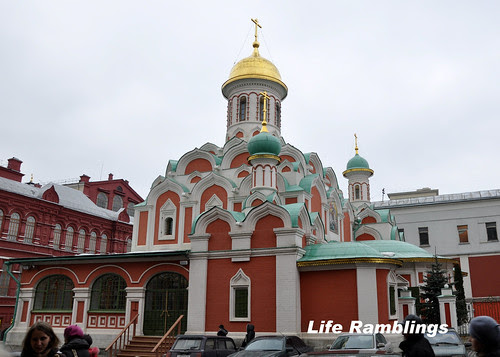 Whilst taking a stroll around the square, you won't miss the impressive Kazan Cathedral. This beautiful structure was built together with the Kremlin but it was demolished during the Communist period and later rebuilt in the 90's.

Posted by LifeRamblings at 5:32 PM