We visited the Vatican City during our trip to Rome and St. Peter’s basilica was, without a doubt, the most impressive piece of architecture I’ve ever seen. Pictures and words could not describe how magnificent the basilica was. This cathedral has the largest interior and it can accommodate 60,000 people. 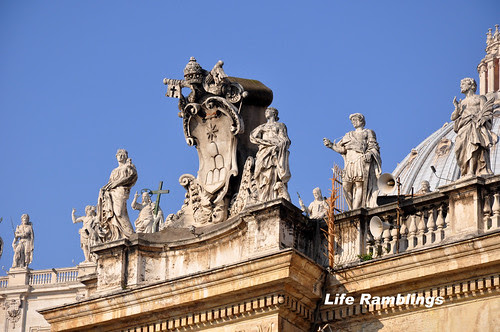 When we arrived, we were greeted by thirteen statues standing on the balustrade above the attic of St. Peter's Basilica. They portray Christ, St. John the Baptist and eleven Apostles. 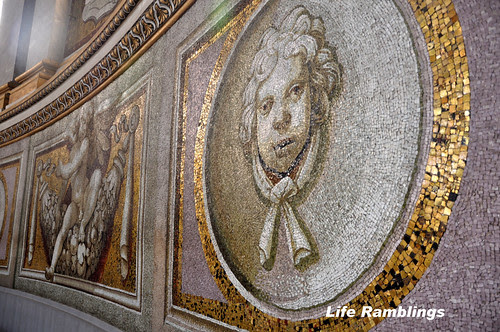 Before entering the cathedral, we made our way to the top of the cupola and came across a walkway from where we can see inside the dome. This walkway going round the cupola allows you to admire the beautiful mosaics and the magnificence of the inside of the cupola in a close up. 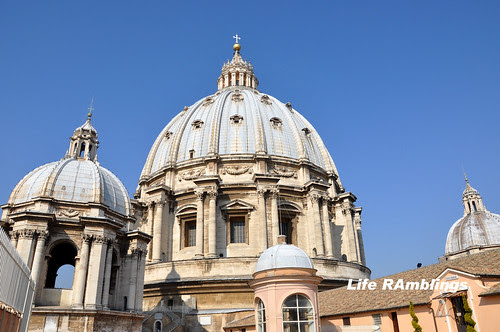 As we exit the interior of the dome, we reach another level where you can see the awesome view of the main dome from the roof terrace. The sheer beauty of it is simply amazing. It's an enormous dome, the largest church in the world and gives a spectacular view overlooking the entire square below. 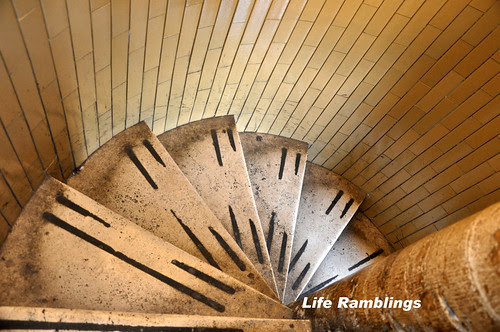 There is a lift leading to the dome but unfortunately, the top level is only reachable by stairways. So after getting off the lift, we had to climb 320 steps in progressively narrowing staircase, zigzagging and rounding up the side of the dome. I almost fainted when I came upon the winding stairways. But then, it was virtually impossible to turn back because there were people coming along behind you. Despite the strenuous climb, we were glad we made it to the top level, the cupola view really showed us what a magnificent city it was. 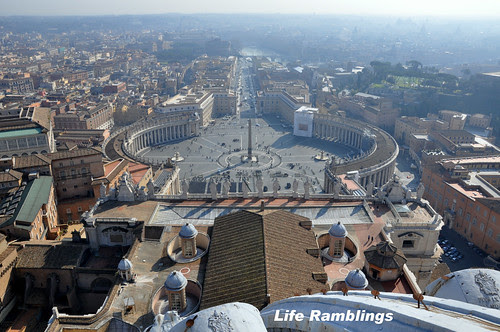 So here we are, at the highest point of Vatican city. The view of Rome from the Dome of St. Peter's Basilica. The observatory deck is not that spacious and big, so there's not much room to walk around the cupola. We managed to observe the whole Vatican, the city of ancient Rome, the entire St. Peter's Square, it was incredibly awesome. The shot was not as good as I would have liked, but I was glad I had a chance to experience the view and proudly say I was at the top of St. Peter's.

After enjoying the panoramic skyline, we proceeded downwards to the cathedral where it houses the famous Michelangelo’s Pieta, and incredible pieces by Bernini, the tomb of St. Peter, as well as the tombs of many Popes. 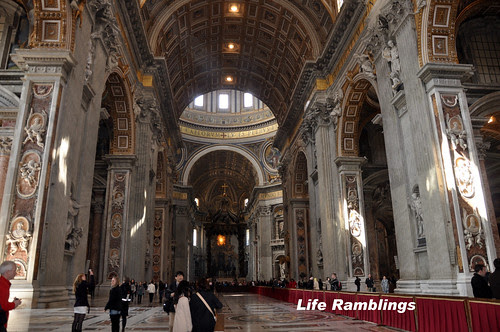 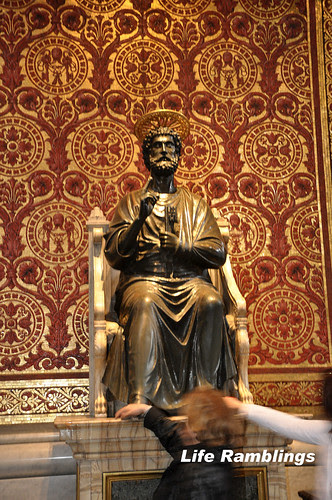 The bronze statue of Saint Peter. Local and foreign tourists queue up to touch or kiss the foot of St. Peter to pray for mercy or forgiveness. 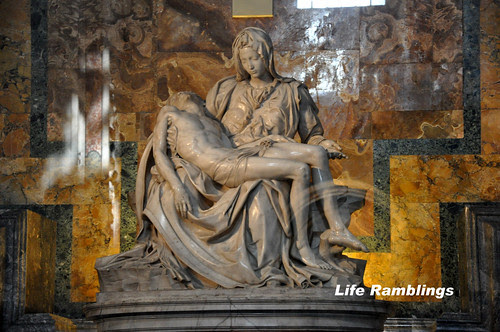 Michelangelo's Pieta is one of the Vatican's best known artworks. It depicts the body of Jesus on the lap of his mother Mary after the Crucifixion. It's behind proof glass due to vandalism in the 70's. 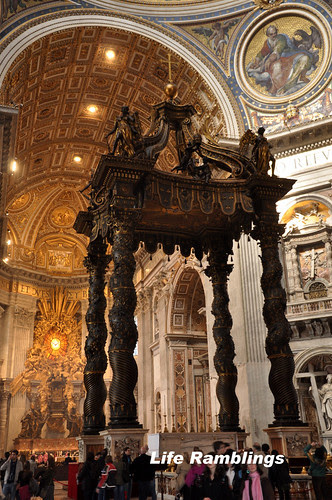 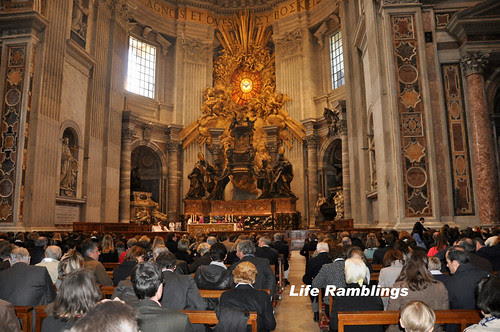 Visiting Saint Peters on a Sunday morning, we were lucky enough to be in the Basilica for one of the masses. In the center of its background, you can spot the chair of St Peter's, one of Bernini's most magnificent inventions. 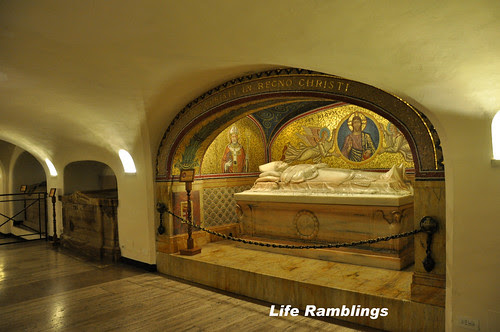 We also visited the tombs of St Peter as well as other Popes. They do not allow any photography in this area and they are strict about silence here also but we did sneak one without flash. 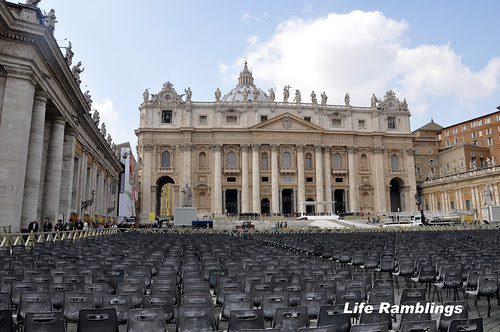 This is the front facade of St Peter Basilica as we walked out from the cathedral. You can see the chairs that were set up for the events which were expected to take place later in the day. 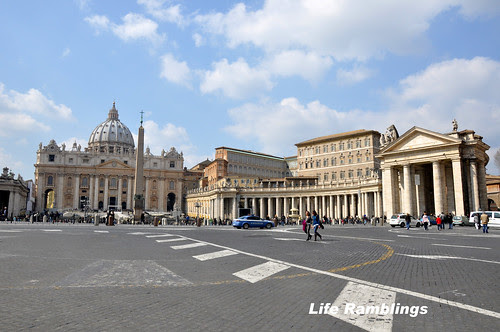 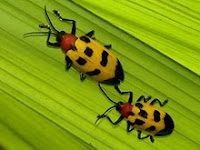 Posted by LifeRamblings at 8:17 AM