For years it had been my dream to visit the Acropolis of Athens and I was lucky enough to have the opportunity to visit Greece. It was a beautiful spring day with clear blue sky but it was pretty humid for a walk around the ancient sites. Despite the warm sunny weather, it truly was amazing to see how well preserved these sites were and we got several nice captures over Acropolis.

Here are some of my favourite shots of different scenes from the historical Acropolis, in Athens. 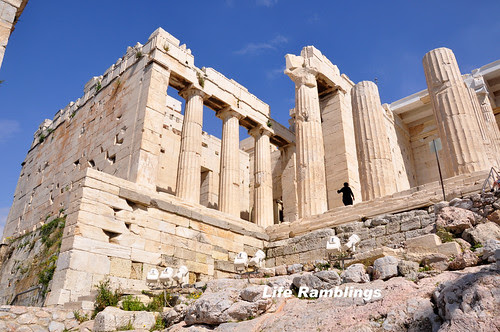 The Propylea is the Gateway that serves as the entrance to the Acropolis. Walking along the paths can be difficult as they were rocky, slippery marble so watch your step. 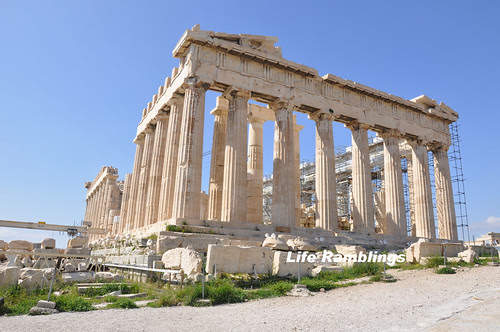 As we walked through the entrance, we couldn't help but be awestruck by the glorious sight of the Parthenon. The temple dedicated to the Athena appears to glow in all its glory. I can understand why tourists are mingling busily around the sites, waiting patiently for their place in the photo with the Parthenon. 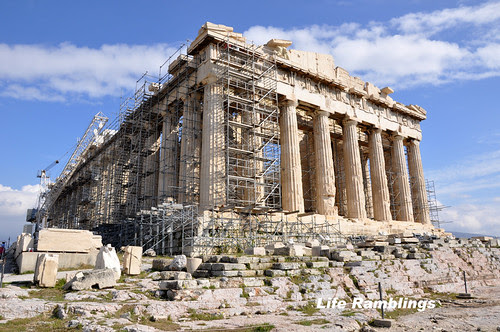 This is another classic view of the Parthenon. It is what most people would envision when thinking of Athens. It is a sight to behold, even when part of the structures are seen through restoration scaffolding. 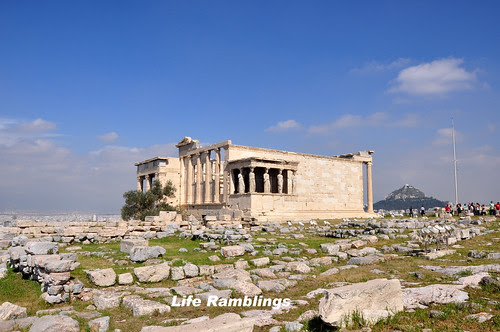 There are few other structures up on the Acropolis as well. One of these is the
Erechtheum, the most important monument of the Ionic style and this temple was devoted to the worship of Athena and Poseidon, as well as Erichthonius. 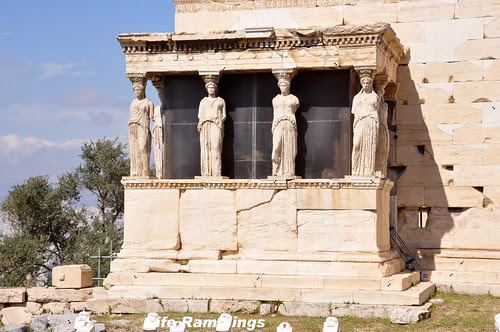 The first thing that impressed me of Erechtheum is the famous Porch of the Caryatids, where six female figures supporting the weight of the porch roof. Today's statues are replicas though. Not all of the sculptures from the Acropolis remains in Athens. As far as I know, four of the original ones are in the Acropolis Museum, one is in storage and one is in the British Museum in London. 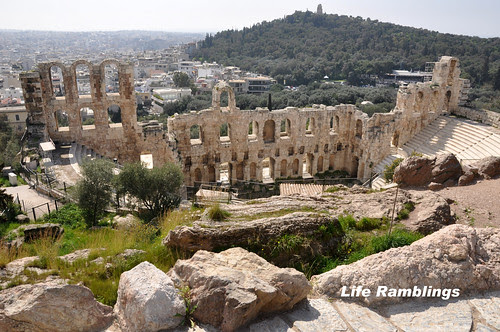 In a near distance, you will see the Odeon of Herodes Atticus at the south slope of Acropolis. During ancient times, the theater was used as a venue for various performances and music concerts with a capacity of 5,000 people. 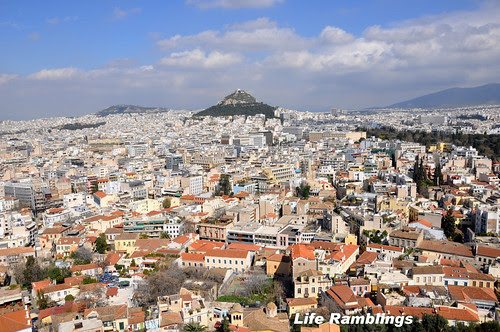 One of the best things about the Acropolis is not just about the monuments. It also has the best views of the city and as can be seen here, Lycabettus Hill is the highest point in Athens. 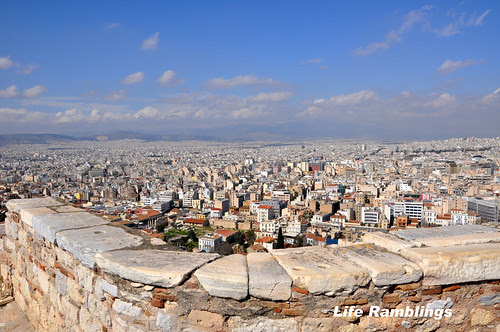 and here is another magnificent view over Athens from the top

If you should visit Athens, Acropolis is definitely worth a visit. Pictures alone cannot do justice to this amazing feat of architecture and history.

Posted by LifeRamblings at 12:33 PM