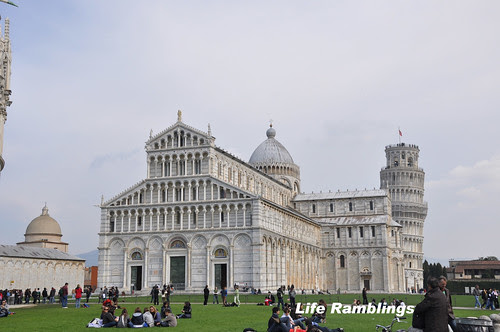 View of the Piazza del Duomo

One of my fondest memories while in Italy was visiting the wonderful Leaning Tower of Pisa, built as a bell tower for the cathedral of the Italian city. I could not believe my eyes when I came upon this amazing tower and trust me, it’s absolutely leaning. Have you ever wondered why does the Leaning tower of Pisa leans? Dating back to 1173 and even initially meant to stand perfectly vertical, the Tower of Pisa holds a significant place in world history due to its leaning tower at about 3.99 degrees.

It turns out that the foundation for the tower was poorly-laid, and the unstable soil prevented a vertical structure. Contrary to popular belief, the Tower did not begin leaning after construction was completed, it had already started to tilt during the early stages of construction. The soil under the tower was loose and was not correctly compacted before the construction began.

Prior to restoration work performed between 1990 and 2001, the tower leaned at an angle of 5.5 degrees, but the tower now leans at about 3.99 degrees. This means that the top of the tower is 3.9 metres (12 ft 10 in) from where it would stand if the tower was perfectly vertical. Nonetheless, the Leaning Tower has stood for hundreds of years, despite the fact that it looks as if it may be in danger of collapse any moment.

The Leaning Tower has been closed to tourists from time to time as architects and builders worked to shore up the base, fearful it would eventually collapse completely. 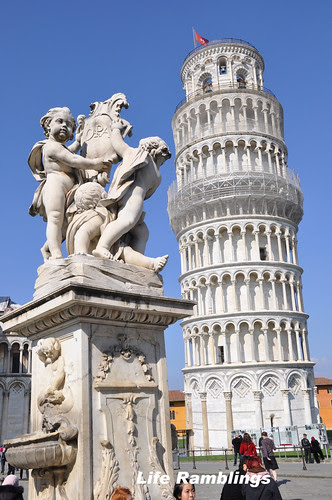 According to the architects, the leaning tower of Pisa has stopped sinking from 2008 after the removal of a great deal of earth and will be stable for at least 200 years more. And, yes, now you can go up again. It has been measured by accurate readings and modern system, so feel free to stand as close as you want to the leaning tower. Up close and looking to the sky, you feel its extraordinary grandness. The facts of Leaning Pisa are astounding and amazing, so go see it yourself for an experience you'll never forget.