While I was in Chongqing for work last year, I had the opportunity to visit the Dazu Stone Carvings. Unfortunately, the bus ride from Chongqing to Dazu was rather bumpy and dusty with miles and miles of potholes, single lanes along the way to this countryside place. :( There were times when I thought the bus was going to tear apart in the middle of the crazy winding road. Thank goodness, I did not get dizzy and puke.

The Dazu Stone Carvings are generally depictions of scenes and figures, philosophies of Confucian, Taoist, and Buddhist beliefs. "Dazu" literally means "harvest and abundance." There are a collection of more than 50,000 Buddhist stone carvings dated back from the 9th to 13th centuries and are now listed as a UNESCO World Heritage site. With the rich sculptures as well as detailed inscriptions, the Dazu Grottoes are regarded as house treasures. It is unimaginable how these massive and intricate structures were carved with such simple tools ages ago.

It wasn't something we had look forward to visiting, but it ended up being one of the most amazing sights we visited during our entire journey in Chongqing. 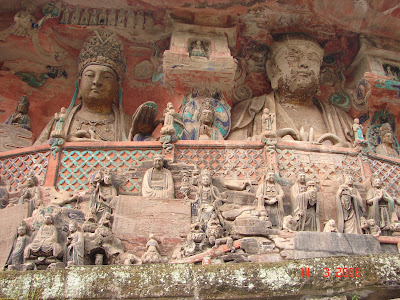 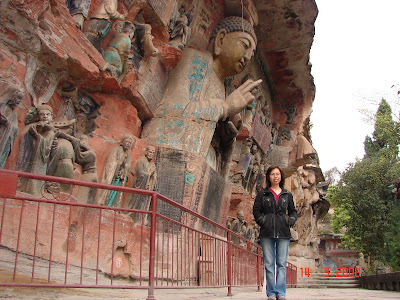 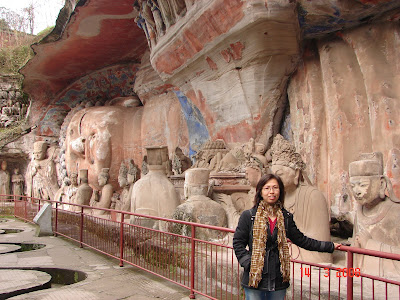 The largest figure, a reclining Buddha, is over 31 metres long. 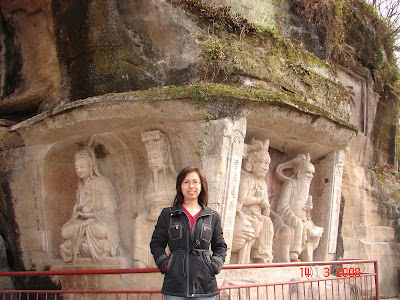 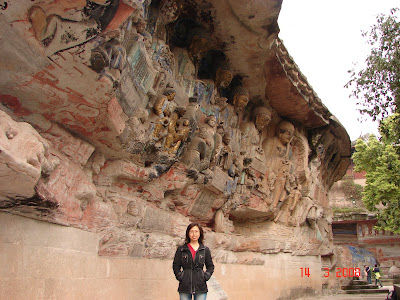 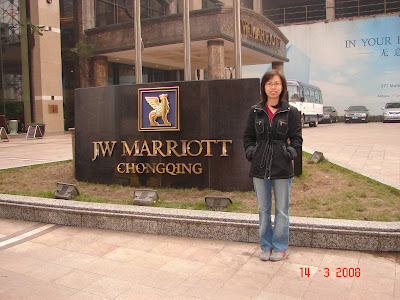 Posted by LifeRamblings at 2:25 PM