When in Moscow, it will be hard to miss the Kremlin, which seems to dominate the skyline in every direction. With a handful of history, the place is absolutely enchanting and intriguing with lots of photo ops.
In the heart of the Kremlin lies the Cathedral Square where you can see six buildings: three cathedrals, two churches and Ivan the Great Bell Tower. We didn't have much time there but we managed to spend some time wandering around the square that was filled with imposing architecture and buildings.

The queue at the entrance was not very long but security was pretty strict. Bags need to be scanned and we had to go through metal detector gates like those procedures found in airports. Please note that backpacks are not allowed in but there are lockers where you can temporarily store your baggage just below the Trinity bridge. 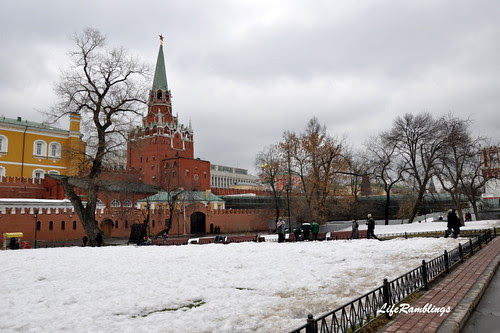 This is the first public park in Moscow, Alexandrovsky Garden which sits along the Kremlin's western wall. I remember how bitterly cold it was when we visited this place in winter. My hands were slightly numb with cold but glad I managed to take some good photos. 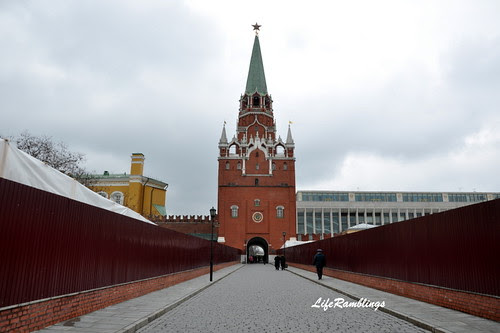 This is the Trinity Tower, also known as Troitskaya Tower which serves as the main entrance to the Kremlin complex. It is the tallest of the Moscow Kremlin's defensive towers. I also discovered that in old times the tower used to be the entrance for patriarchs and the tsars' wives and daughters. 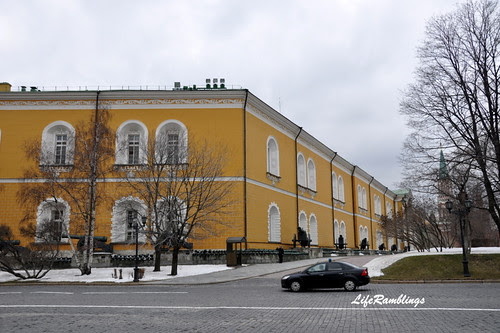 A glimpse of Kremlin Senate, a late 18th-century Neoclassical structure, which used to house the government during the last century. It currently houses the Russian presidential administration. 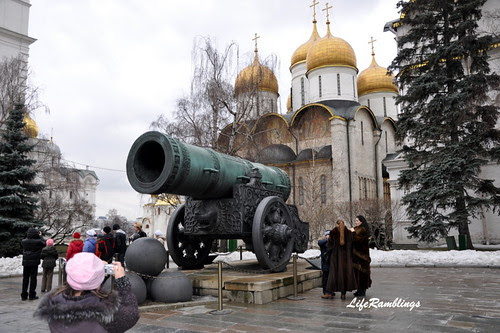 We came upon the Tsar Cannon, a precious item of the Kremlin’s artillery collection located just outside the Cathedral Square. Impressive as it may look, this majestic cannon was cast in 1586 and has never been used in war. Behind the cannon is the Assumption Cathedral which was built at the end of 15th century. The interior of this important cathedral is decorated with fine frescoes, fascinating artwork and galleries displaying holy relics. Sadly, photographs are strictly forbidden inside the cathedral. 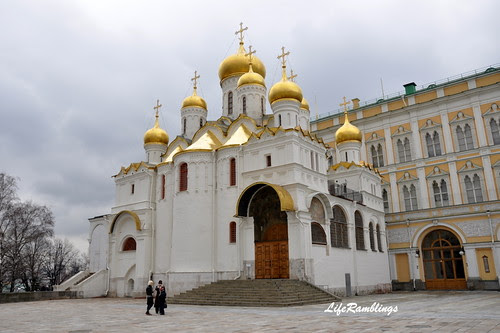 The Cathedral of the Annunciation was the private Orthodox church of the tsars. Weddings, baptisms, and other services were typically held here. I just love the pristine facade and the golden domes of the cathedral which make it a picturesque element to the Cathedral Square. 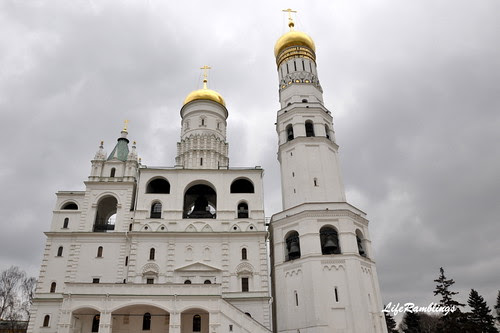 Above is a picture of Ivan the Great Bell Tower, the tallest tower within the Cathedral square. The tower was used both as a watchtower and as a bell tower. Twenty-one bells are suspended in the bell tower and at least two dozen bell ringers were needed to set the bells into motion.

Posted by LifeRamblings at 12:29 AM