One of the top tourist attractions in Salzburg is Hohensalzburg Castle, which is one of the largest medieval castles in Europe. 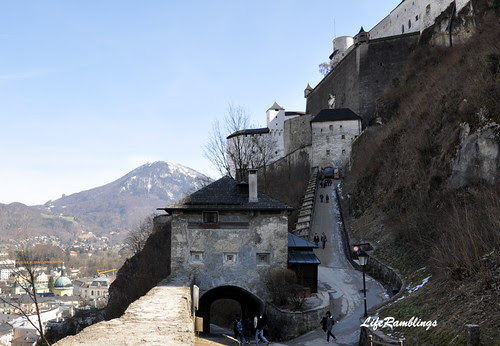 The extensive castle was built in 1077 and further enlarged during the following centuries. We did not visit the interiors of the castle, but spent a couple of enjoyable hours wandering around the surrounding area. 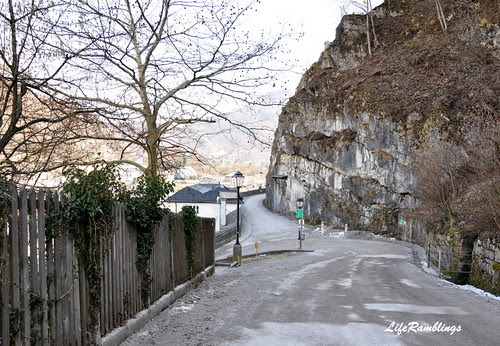 The walkway was quite slippery and icy in some spots during our visit in March. I think I almost fell a few times. 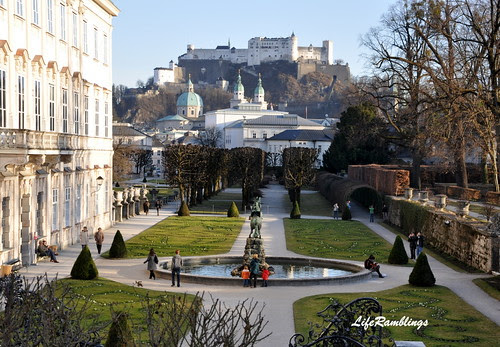 This is a view towards Hohensalzburg Castle from Mirabell gardens in far distance. 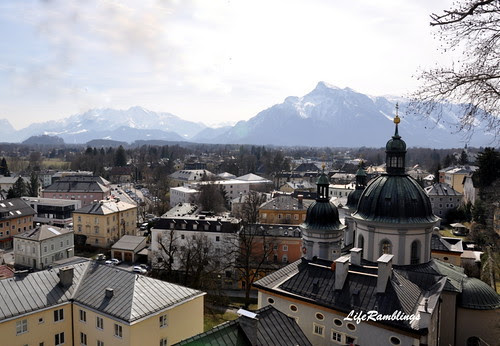 Within the imposing fortress, there are great viewing terraces on several different levels. 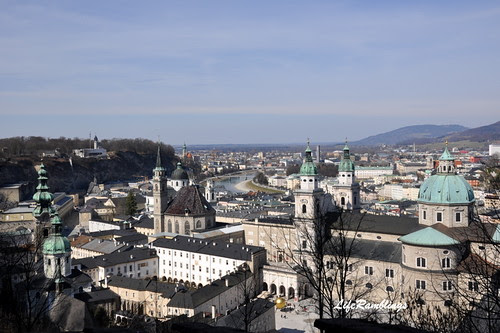 We stopped at various points of the journey to take photos and from here, you can enjoy another breathtaking view of the entire city. Something that you shouldn't miss when you're in Salzburg. 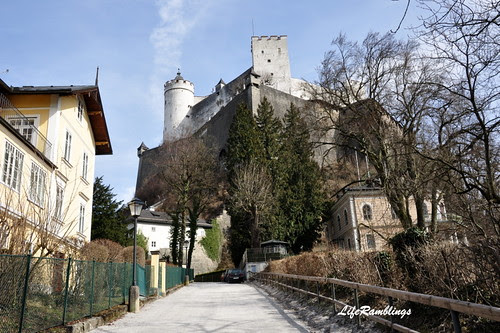 During the early 20th century, it was used as a prison, holding Italian prisoners of war during World War I and Nazi activists (before the Anschluss with Germany) in the 1930s. The fortress was later restored in the 20th century and and today is a tourist attraction in Salzburg. What I found particularly fascinating was it had never been conquered throughout the 900 year history of the fortress although several military forces have tried. 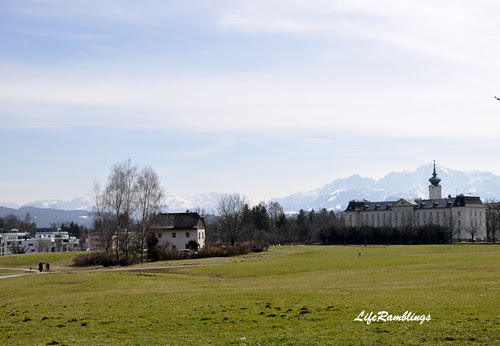 Aside from the amazing history and beauty of the medieval architecture, I also enjoyed the lovely and peaceful views of the surrounding countryside. 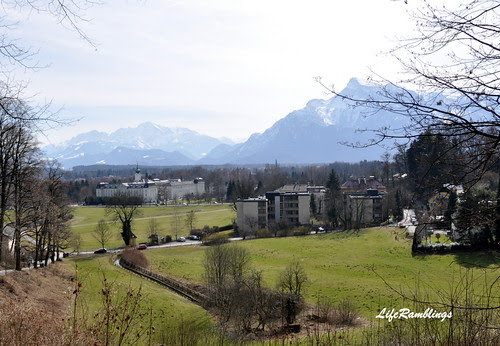 Another splendid view along the way. The air smells great and refreshing too.

Our World
Posted by LifeRamblings at 10:18 PM