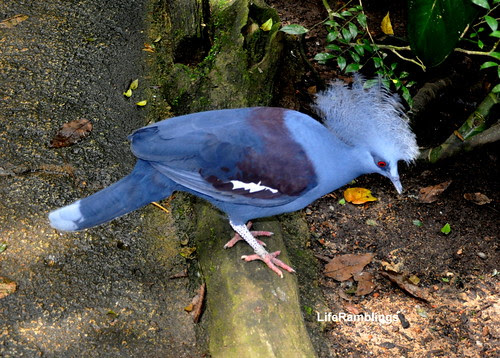 The Blue Crowned Pigeon is the world's largest species of pigeon, and this species eats mainly fruits, seeds, grains, and small insects and is now an endangered species because of the wide popularity of its meat and plumes. 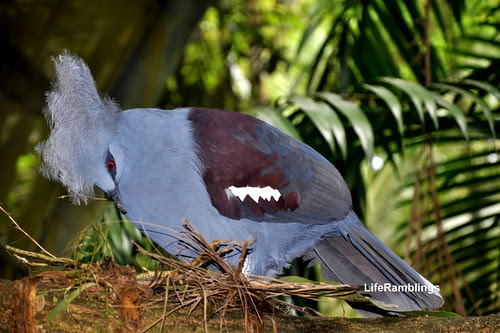 It's hard to believe that this fella belongs to the pigeon family. It's certainly different and unique, unlike most other pigeons I've encountered. 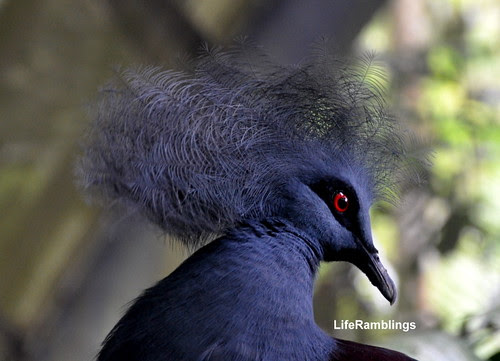 Look at the blue lacy crests over its head. Is it having a good or bad hair day? 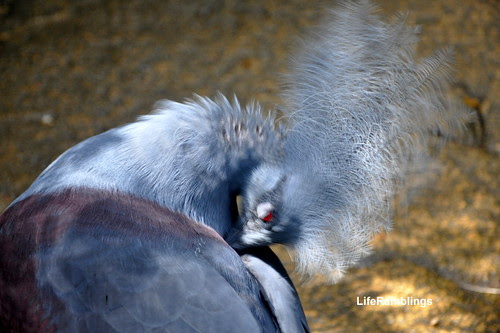 I was pleasantly surprised that it allowed me to get as close as I did. It puts on a spectacular show bobbing its head constantly and making the most unusual noises. A co-operative and friendly model.