I'm going back to Rome for this week's photohunt theme. 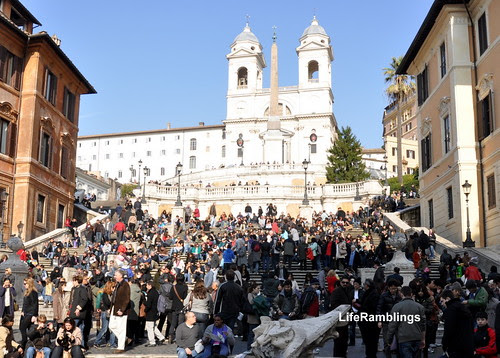 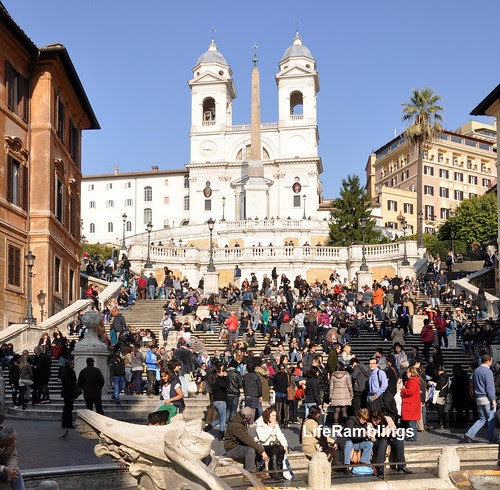 This is a view of Rome's most popular steps, The Spanish Steps, also known as Scalinata Spagna.

It's usually busy with locals and tourists in the evening where they gather and relax on the steps while enjoying the sunset. I didn't stay long as the place was tremendously crowded and noisy and it's not a place where I would spent a long period of time in. I also had to be vigilant of my belongings as there are a few pick-pocketers wandering around the area.

The steps was built in 1723 and has 138 steps leading to the church of Trinita dei Monti located right at the top. I also found out that the Spanish Steps were named after the Spanish Embassy to the Vatican in the 17th century that was nearby.

In the past, women used to stand on the steps to be discovered by male suitors. I don't know how true this is but I wonder if this still happens today.

PhotoHunt
Posted by LifeRamblings at 11:03 PM