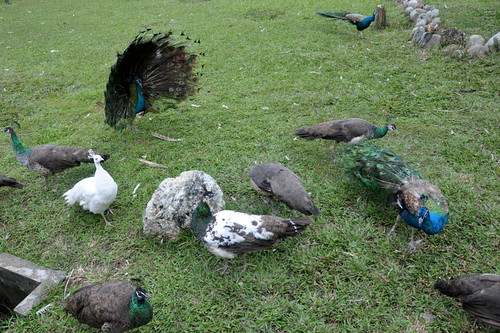 This wonderful garden has the most beautiful peacocks that I have ever seen. There are many kinds of species and I find all of them amazing in its own way. 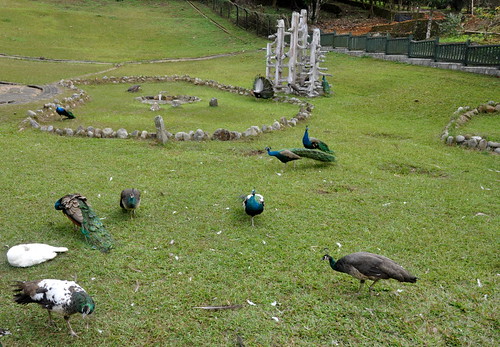 There are dozens of peacocks roaming freely in a large enclosure and they make unusual noises when they start squawking. 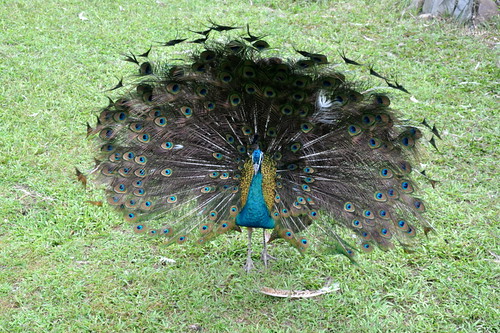 It was the mating season and the male peacocks would delightfully spread their beautiful feathers  to attract the females. 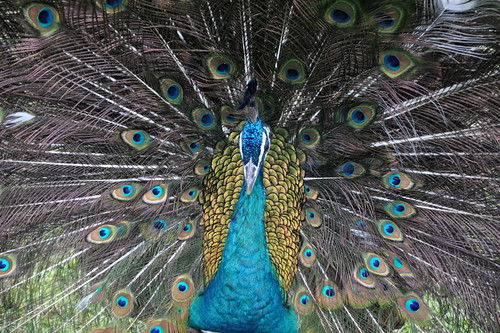 Mr Peacock was kind enough to allow me to take as many pictures, at close range, as I like 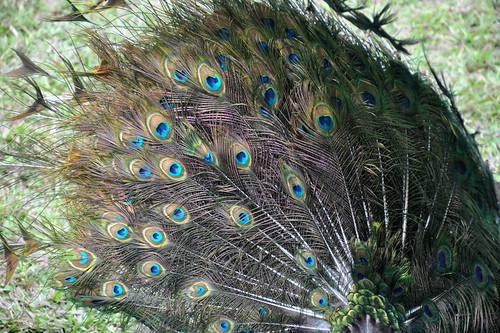 His pretty plumage were eye-popping to say the least. 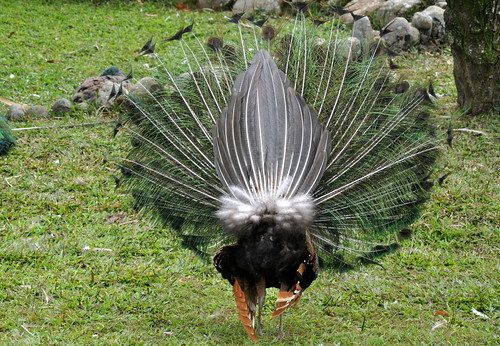 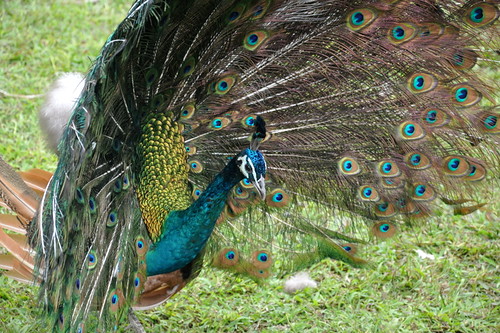 Another shot of him showing off his wonderful feathers. 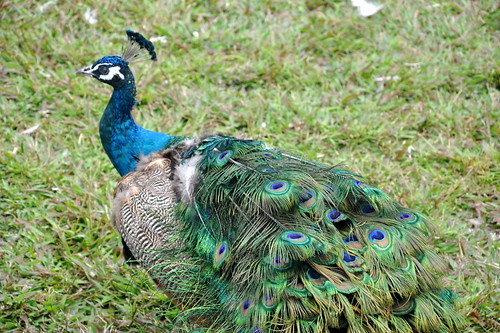 I think I've been lucky this round to capture a peacock from so many different angles. A co-operative and friendly model.

Our World Tuesday
Posted by LifeRamblings at 10:10 AM