When in Vienna, it will be hard to miss the St. Stephen's Cathedral which seems to dominate the skyline in all directions and can be seen peeking over the old town square from miles away. Also known as Stephansdom in German, it is one of the best illustration of late Austrian Gothic. It stands on the ruins of two earlier churches and and further enlarged over the course of several centuries from a typical Romanesque rectangular shape to a cathedral with a three-nave choir, sporting Gothic elements on the facade under the reign of Rudolf IV. 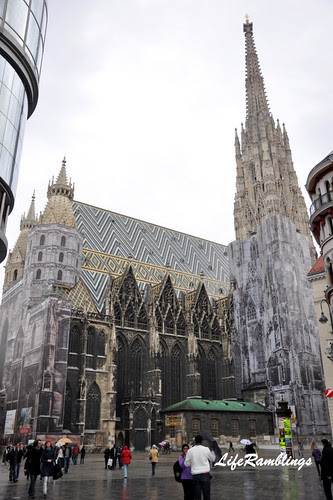 I also discovered that the cathedral has survived two Turkish sieges, religious wars, French bombs in the course of the Napoleonic wars and World War I without too serious damage. It was further hit by bombs at the later stages of World War two and repaired with the financial aid of all the provinces of Austria. 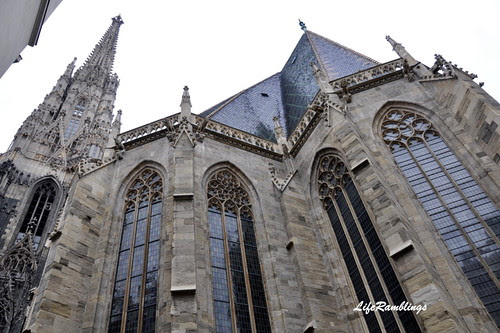 The cathedral is enormous, ornately designed and you definitely need a wide-angle lens to capture the entirety of the landscape. Although I was unable to fit everything into the shot, I like the way this photo turned out. 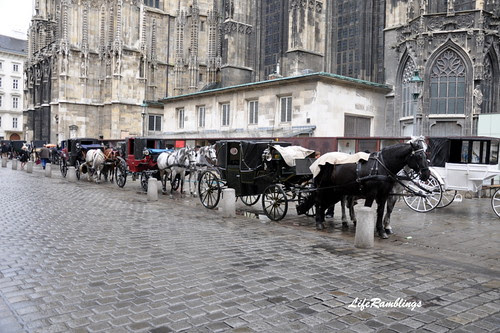 We spent some time wandering around the area, paying attention to the details of this exquisite place and it was always a thrill to see some horse drawn carriages on the streets. They are a common sight especially for tourists in the heart of Vienna due to its narrow, old time streets. 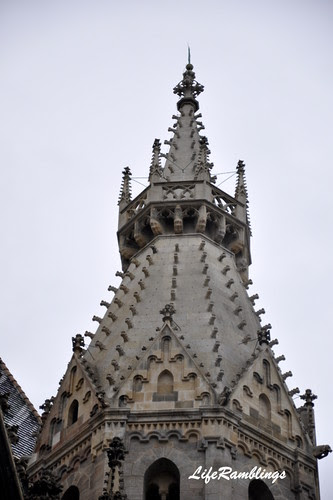 Here is a closer view of the north steeple of the cathedral. It houses the big Pummerin bell and a lookout terrace. We didn't manage to go up due to lack of time but I bet it offers magnificent views of the surrounding historic streets. 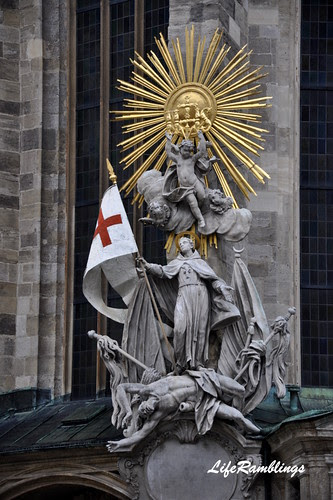 Standing guard near the entrance is the impressive monument of St John of Capistrano. 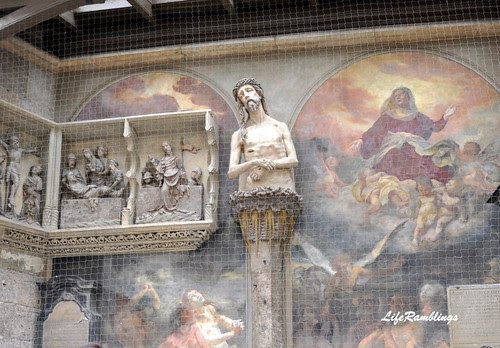 Aside from the beauty of the medieval architecture, this one in particular caught my attention. I was very amused by the scene above. It depicts a figure of Christ affectionately known to the Viennese as "Christ with a toothache" because of its agonized expression. 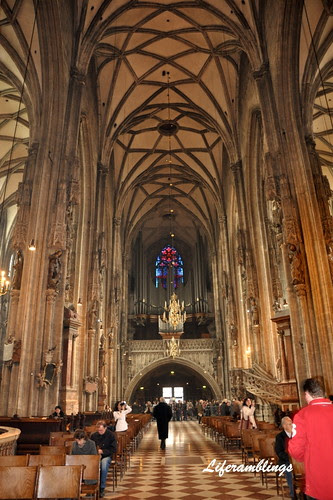 As we entered the building, I see numerous altars, gothic sculptures, icons and chapels peering out of the many corners within the imposing cathedral. 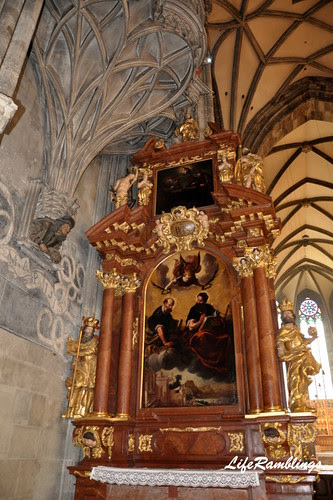 Here is one of the 18 impressive altars. I wish I remembered more in detail about this, but there was way too much to be taking in all at once just being there. 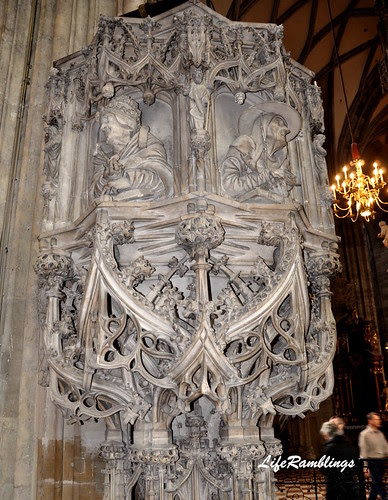 This is Pilgrams pulpit, peering out a half-open window. 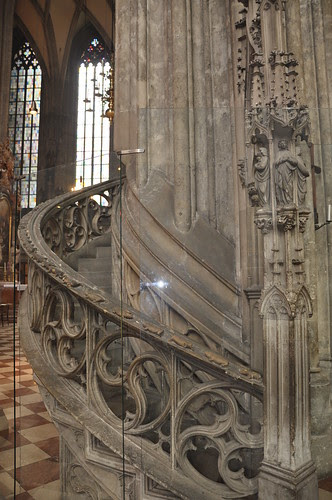 If you look closely, you'll notice the handrail of the stairway beautifully decorated by interesting symbols: lizards and toads in front of each other, symbolizing the fight of light against darkness. 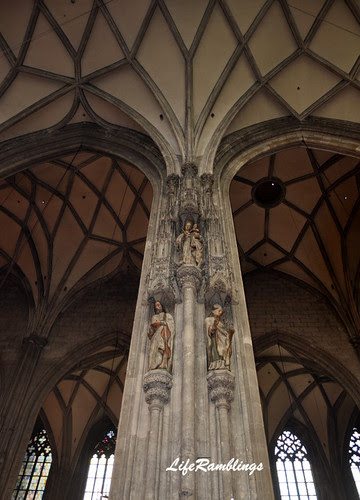 Equally majestic is the ornate carvings on pillars which I think adds greatly to the exceptional decor.

If you like ancient architecture, the grandeur of the edifice is really going to amaze you, not to mention that you will be taken aback by the impressive artworks which adorn the cathedral.

Posted by LifeRamblings at 12:14 AM