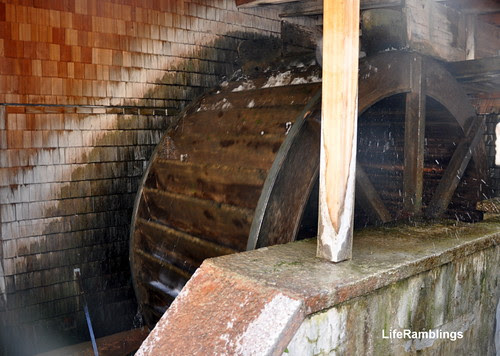 I came across this ancient water wheel by chance as I traveled through the old town of Salzburg. The wheel is still functional and is used these days, to generate emergency electricity to parts of the city in times of need. 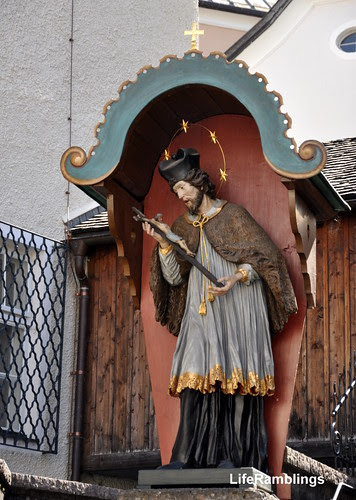 I spotted this unidentified statue standing guard over the water wheel and I couldn't resist a shot. 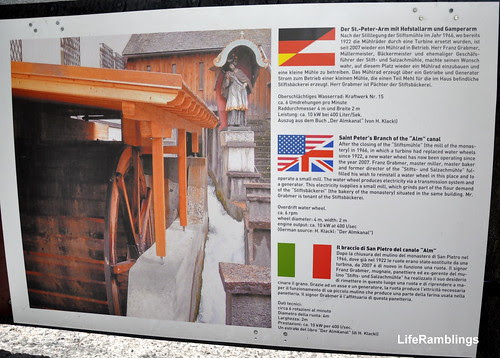 There is an informative sign about the water wheel printed in German, English and Italian. 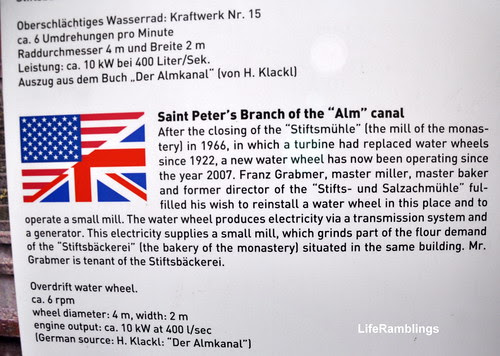 and here's an enlarged information in English. I also did some research and found out that the water mill was considered to be the oldest canal system of Central Europe and probably dated back to the 8th century. The modern construction of the Alm canal started in 1137, by using materials from the Roman ruins that originated from Iuvavum, the Roman city at the site of modern Salzburg. 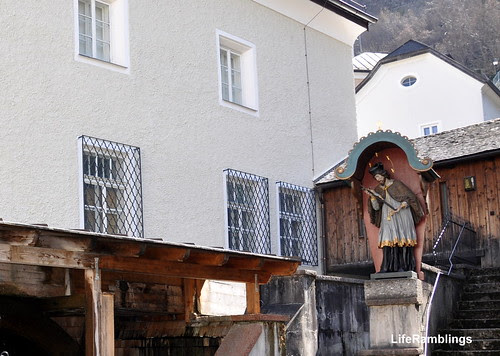 Along the side of the building, there's a bakery and as the water wheel rotates, the energy is generated into the bakery's wood ovens. 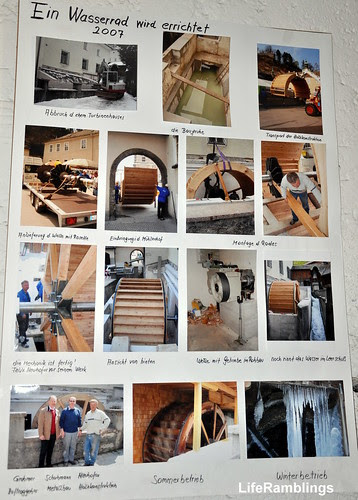 A photo exhibit in German, was displayed at the building basement, explaining how the wheel works, people's involvement in the local community with hands-on learning experience.


Watching that big wheel spin was the most fascinating sight to watch. I am glad that this valuable piece of history was saved for the benefit of future generations.

That's My World
Posted by LifeRamblings at 8:26 PM