My World - Moscow's most beautiful Metro

The subway in Moscow is one of the best I've ever seen. Aside from being the largest metro system in the world, it is super efficient, inexpensive and fast. 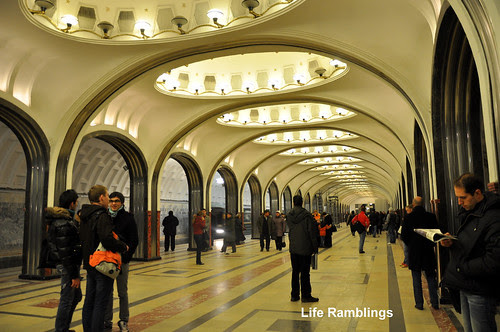 Many of the stations are absolutely stunning and you can easily spend a whole day by just going around looking at the exquisite interiors. Mayakovskaya is considered to be the most beautiful station of the Moscow Metro and it’s easy to understand why. From the moment I step into the station I feel like I'm entering a ballroom rather than a public transport hub. This station is one of the fine examples of pre World War 2 Stalinist empire style. Beautifully designed tiles, astonishing marble walls and intricate mosaics.

Unfortunately, all signs are in Cyrillic alphabets inside the trains and at the platforms. Even though the metro map has both Cyrillic and English translation to the stations, it's not easy to read and navigate. Since I had trouble remembering the Russian alphabets, I had to count the number of stops before I get off the station. But despite all these obstacles the Moscow Metro is still the easiest and cheapest and by far the best means of transportation in the city! 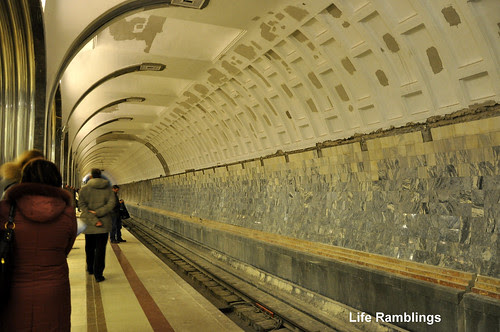 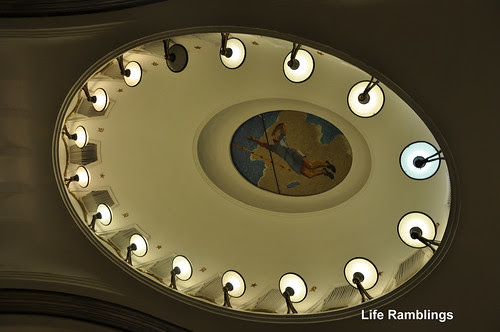 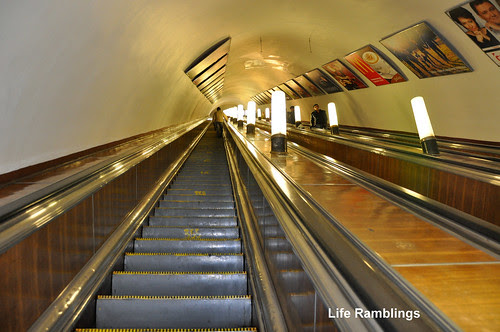 The escalators going down to the platforms can be very long and it's one of the deepest of Moscow's Metro. It was used in the Second World war as a bomb shelter and was the venue for a famous party conference led by Stalin in 1941.

Posted by LifeRamblings at 7:42 AM