I'm back. My vacation was fantastic and this was by far the best trip I've ever had. We took thousands of shots and saw everything according to our itinerary, it was limitless oohs and aahs. Everything was smooth except for the sandstorms in Dubai which happens to be our first destination. Ouch, not nice!

It was a pleasant beginning of the day when we first arrived in Dubai. We took a bus ride to the city and our first stop brings us to Burj Al-Arab. 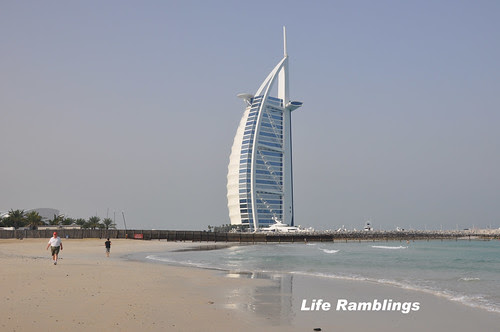 The Burj is a fine masterpiece of contemporary architecture designed by top architects to resemble the graceful sails of an Arabian ship. It is known as the only 7 star luxury hotel in the world and rightfully so! 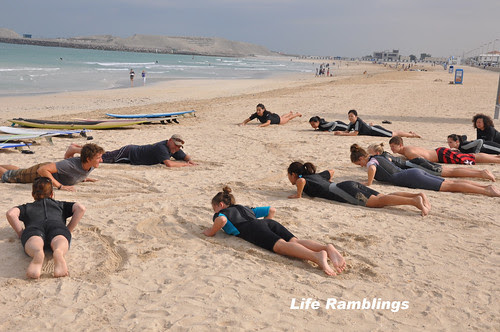 We had fun strolling around the clean, uncrowded beach and came across a group of surfers conducting lessons near the coastline. 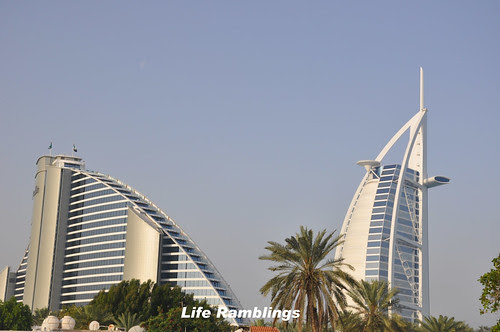 This is another fascinating beach hotel with a 5 star rating near Burj Al- Arab, picture taken from another angle. If you have the money, it would be incredible to be able to stay in these exclusive hotels and it is definitely a taste for the rich. I might have to give an arm and a leg or win some big lottery to afford to stay in these hotels for just one night.

As we were exploring the city, all hell broke loose when we experienced sandstorms which brings dusty, polluted air to the environment. 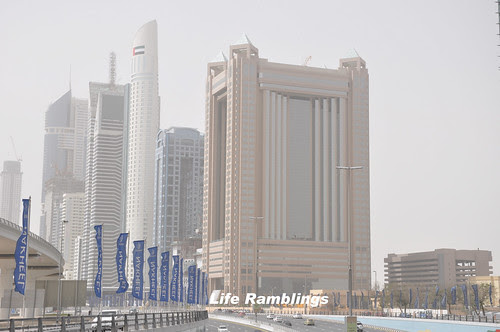 The gray, cloudless sky was covered with tons of dust and sand and the winds were pretty strong 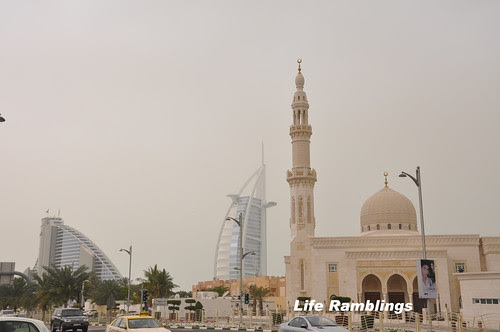 These storms struck the city reducing visibility in some areas. 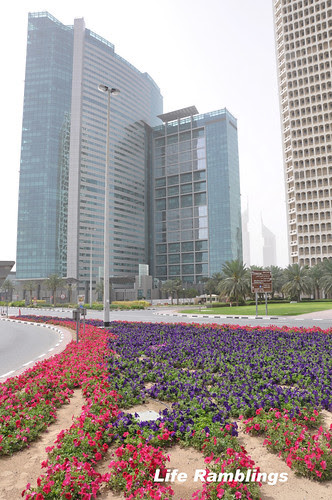 We found a few spots overlooking the city with colourful blooms and they are blooming everywhere in Dubai. 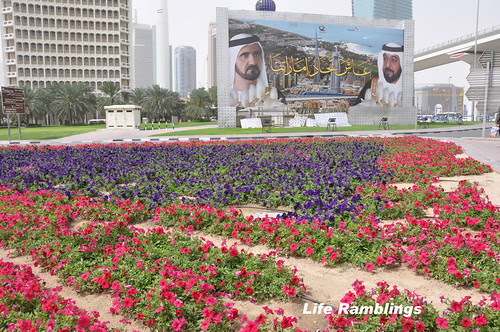 As can be seen from the pictures, it's definitely unpleasant especially for anyone who's allergic to dust. The fine particles even managed its way through my sun glasses to my eyes. I was going stir crazy and I kept sneezing for hours but despite the storms, nothing could dampen our spirits. We just had to be outdoors to take pictures.

Posted by LifeRamblings at 9:40 AM