A mouse in my House 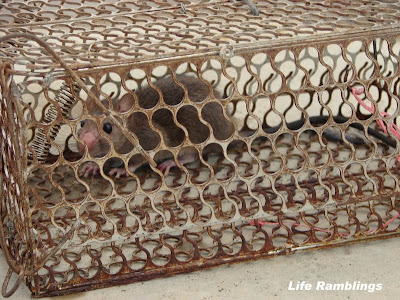 We recently had to deal with a mouse that had made its way into our home but we couldn’t possibly live with any sort of mouseketeers in our house, could we? I get the creeps even thinking about the rodent crawling into my bed at night. It won't really harm you, but it can cause enough damage by gnawing food.

I discovered a few packs of food stuff were chewed open which means that the evil mousie has been feasting on the packs all night long. I'm not sure how the rodent managed to sneak into my house in the first place. It's an annoying pest and I don't want it as housemate because it probably carries germs, infections and such. 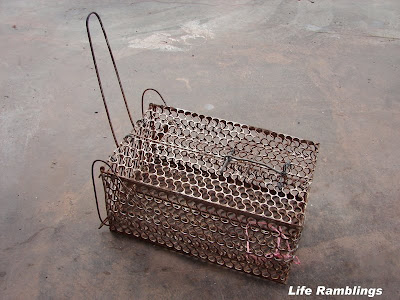 With no time to lose, I set a mousetrap cage and placed it near where I had seen the little critter. The kitchen may be my favorite section in the house and it happens to be also the mice's favorite part of the house too. Obviously, it’s the place where they can find food. 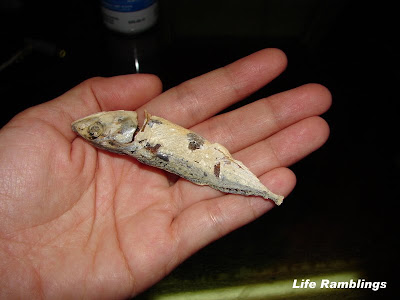 Since I had previous encounters with mice, it wasn't difficult to set up the trap. I have used this cage trap for years and all it takes is a piece of dried toasted salted fish as a bait. Tying the bait to the hook works well enough as when the mousie touches the bait, the trap door will snap shut. I tried to imagine that little critter being roasted but then, I couldn't bear the thought of hurting, killing it or leaving it to die of starvation. My hubby would usually take it a very long way, away from my home to set it free. 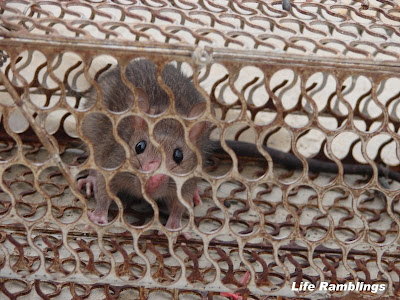 I bet it looks just cute in the cage but running around my house doesn't sounds cool at all. I'm sure many of you have seen cartoons like Tom and Jerry and would have known the reasons behind of Tom having his way with annoying Jerry.

Have you encountered any unwanted house guests, pests or otherwise?

Posted by LifeRamblings at 9:30 AM