It is the time of the year again where the Chinese community mainly Taoists and Buddhists observed the Hungry ghosts Festival. For those who have never heard of this festival, it is a popular tradition that is taken very seriously by most Chinese.

According to superstious beliefs, the gates of hell are opened during the 7th lunar chinese month allowing the hungry ghosts who then roam freely to seek food on Earth for 30 days. The main reason why most Chinese observe this festival is to pay special tribute to their dearly departed loved ones. They also feel that by offering food to the deceased appeases them and ward off bad luck and misfortune.

I've started hearing free entertainment with music blasting and dancing late into the night, courtesy of the Hungry Ghosts Society down the road from where I lived. I could not recall my mom ever telling us anything about what we could or couldn't do during hungry ghosts month because they weren't terribly superstitious about it. But then, we still fulfill this religious obligation annually to show respect and remembrance to our deceased anchestors.

I've heard numerous spooky ghost stories though but knock on wood, I've not encountered one before. I used to believe in them when I was a kid, and I could remember how thrilling yet convincing the stories were but that was a very long time ago. I don't believe in supernatural stuff in quite the same manner nowadays. I know there are some people who have encountered unexplainable phenomena and happenings in life but that doesn't mean to say that 'ghosts' are the cause. I'm sure all of these things had logical explanations behind them. 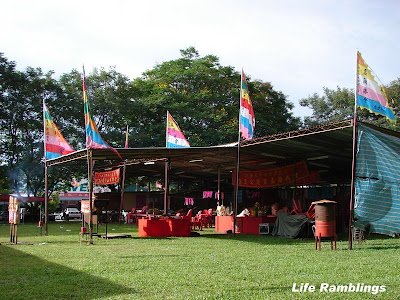 The festival is widely celebrated by the Chinese community in Penang. Temporary canopies and tents are widely set up on the streets. However, what really creeps me out is how the monks will sing spooky songs dedicated to the wandering spirits or ghosts during the prayer sessions. 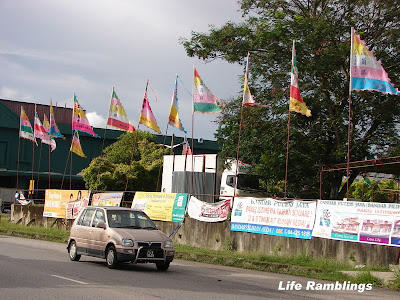 Striking coloured flags were put up along the roads leading to the tents several days before the festival begins which normally serve two purposes. The ghosts can follow the flags to reach the festival and at the same time, the flags are also a landmark for devotees to visit the tents. 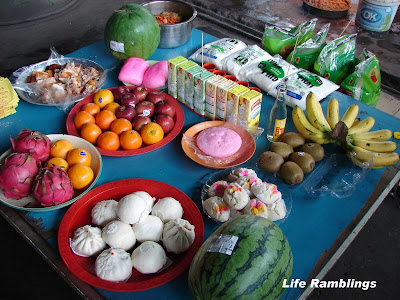 Food offerings to the hungry ghosts These are giant sized dragon joss sticks burnt as offerings for the hungry ghosts. 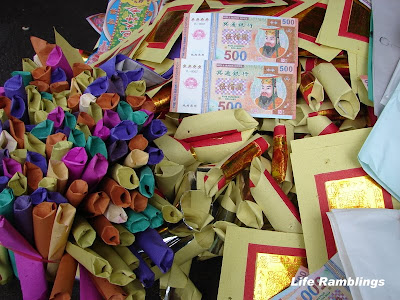 These are 'hell money notes' and other items such as clothes, gold and other fine goods to be burnt so that the departed souls can enjoy these comforts in their afterlife. Some families also burn paper houses, televisions, cars to please their deceased anchestors. 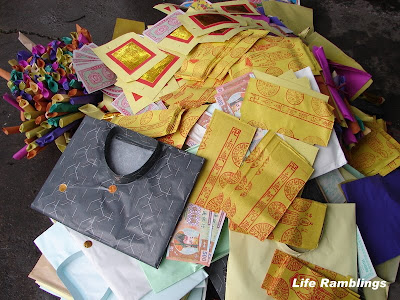 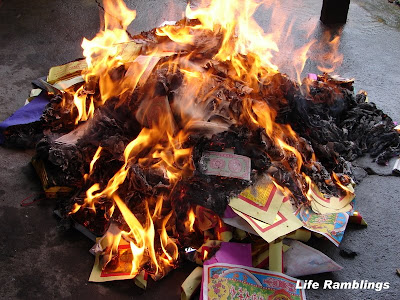 After an offering has been burnt to the spirits, it is a taboo to step on the burnt area as it is believed to be an opening to the world of spirit and touching it might cause the person to be possessed.

Don't be surprised if you don't see many Chinese out at night for the next week or two. 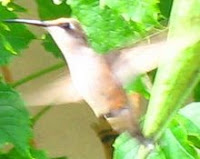 Posted by LifeRamblings at 11:02 PM